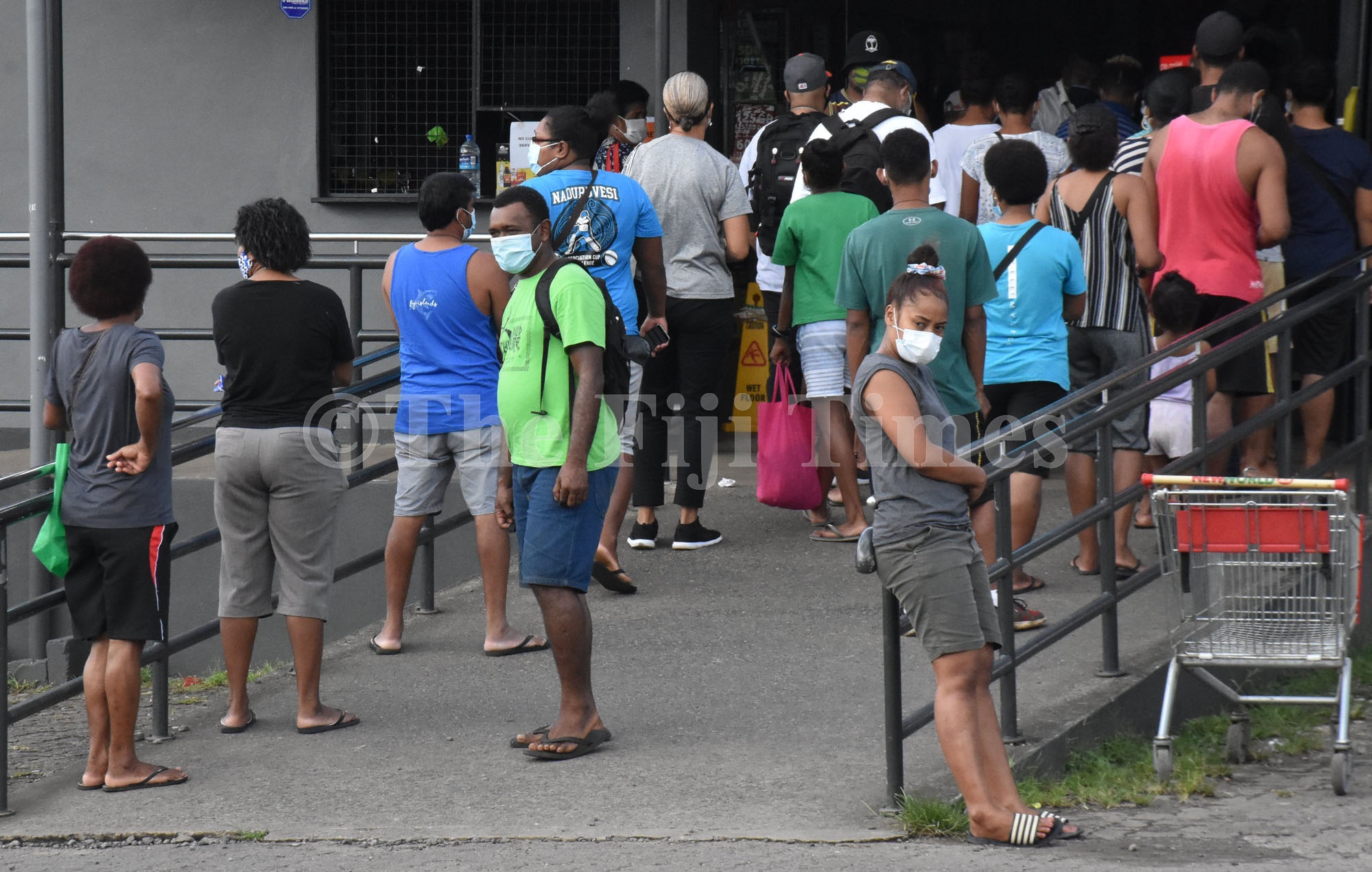 Customers standing outside a supermarket in Valelevu. Picture: ATU RASEA/FILE

People are paying more for basic food items than what they were paying earlier this year.

The Fiji Times caught up with avid shoppers Maureen Narayan and Ned Gacevi as they were doing last-minute shopping to stock up on food and essentials before the Suva-Nausori lockdown which began on Friday.

Ms Narayan said some items such as potatoes, onions and garlic were the most obvious and had the steepest increase.

She said for the average shopper the increases, however small they may seem, added up and after a few shopping trips marked a significant increase in food spending.

“A lot of people are living paycheck to paycheck and need to budget every cent they spend.

“With reduced hours and wages it becomes harder to provide for families.”

She said most tinned goods and biscuits were steady or had increased by 10 to 20 cents.

Mr Gacevi said produce prices at the market were astronomical.

“Heaps of cassava that once cost $5 are now selling for $10.

“For other things like tomatoes, cucumbers and carrots, the quantity is the same but the prices have doubled.”