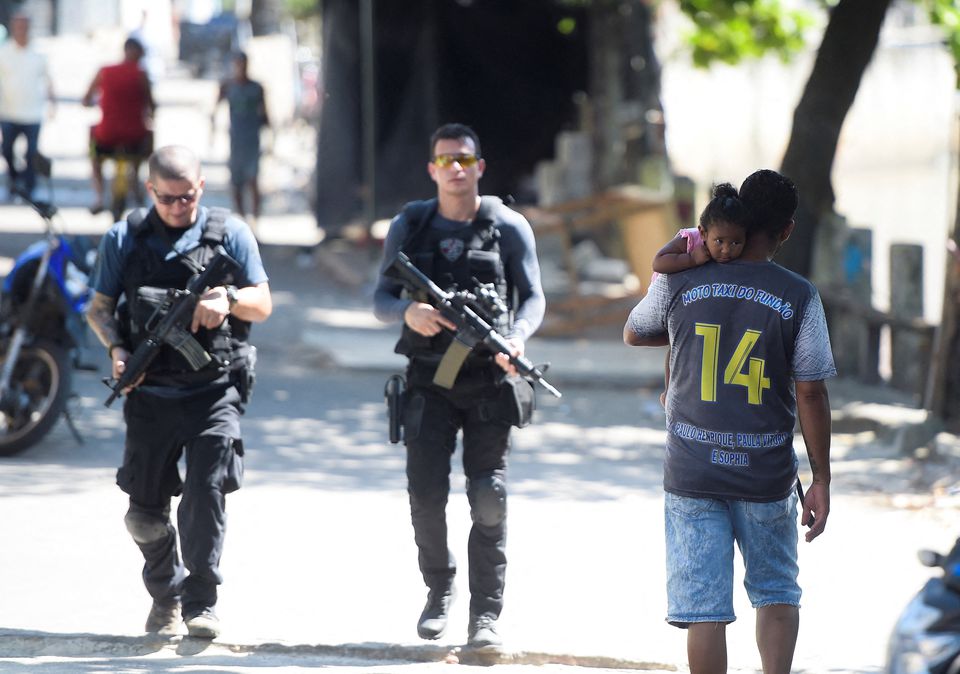 Police drove armored personnel cars into the neighborhood, patrolling streets and entering homes in a four-hour operation witnessed by a Reuters photographer.

Governor Claudio Castro said it was the start of a new offensive to transform poor areas known as ‘favelas’, echoing the rhetoric of the Police Pacifying Units (UPP) that displaced violent gangs in the city ahead of the 2016 Olympic Games.

Rio’s Military Police said there were no violent encounters in the operation that had started in two favelas. A spokesperson said the large number of police forces deployed deterred any armed response from the gangs.

Jacarezinho is a sprawling favela on the violent north side of Rio, Brazil’s second largest city, where a police raid in May resulted in 29 deaths, including an officer, and drew sharp criticism from human rights groups.

Police said they plan to occupy other nearby favelas, such as Manguinhos, Bandeira 2 and Conjunto Morar Carioca.

Castro said on Twitter that he would give details on Saturday of further plans to restore security and “improve the lives of those who live in these areas”.

The first UPP was set up in Rio’s Santa Marta favela in 2008, and dozens more sites were rolled out across the state over the next decade.

The so-called “pacification” project, which focused on community policing to engage with residents and discourage gunfights, was an initial success and won early international praise. But by 2018, the scheme was suffering from budget cuts and inconsistent support from corrupt state governments.

That year, the federal government made a military intervention to take back control of Rio’s streets, essentially killing off the UPP project.

The 2018 election of President Jair Bolsonaro, who has called for more more aggressive tackling of organized crime, ushered in a tougher era in Rio policing.