Rhonda’s reality – A tough life for being different 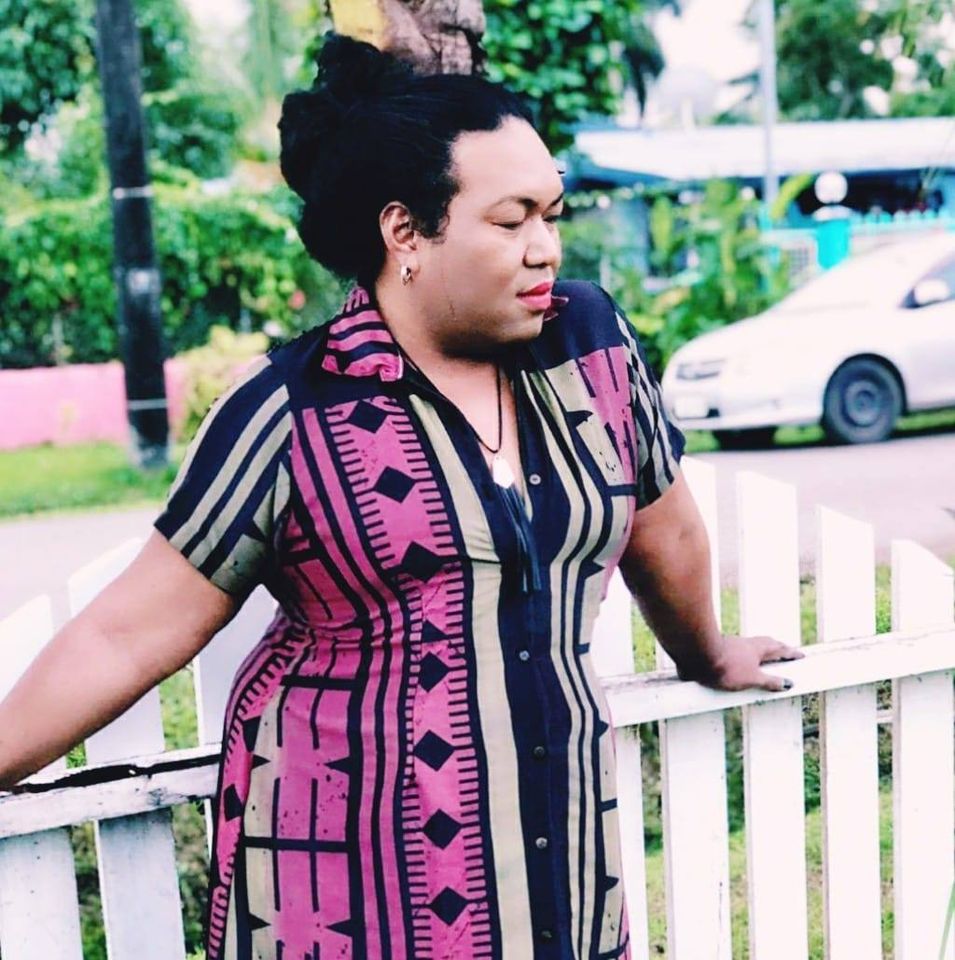 Basic rights for many may be privileges to some.

When walking alone is no longer considered safe, that’s when basic rights of a person are compromised.

Such is the life of Ratu Eroni Ledua Dina, a training and quality manager employed at Mindpearl Fiji.

Eroni, who is intimately known as Rhonda, faces a different kind of ordeal, one faced on a daily basis at times.

Originally raised in Nadi, Rhonda is transgender and unlike many who may suppress themselves, Rhonda is comfortable to express it .

“Being different made people wish harm on me and transgenders. All one needs to do is simply walk down the streets with an LGBT+ friend and I bet that you’ll be surprised at the amount of unnecessary attention and verbal abuse they get from random strangers, that’s a normal day for us.”

The 33-year-old shares a life story of experiences and growing up in a stereotypical society but always putting up a smile despite the negativity.

Rhonda says being raised in a home that strongly believed in the ‘gospel of love’ was difficult to follow, especially during the times when there was so much negativity from society against being a transgender.

As a young adult in discovery of one’s sexuality, Rhonda says abuse came from all corners.

In Rhonda’s family, the sexuality issue was not something that was up for discussion, more ignored.

“In public, things were a lot less kind. Being sworn or spat at without provocation by complete strangers and even known individuals while just taking a leisurely walk to the shop or to work.”

Even the threats and vilification on social media became more pronounced when Rhonda was more open in expressing differently.

Rhonda is also a suicide survivor and a mental health champion.

Rhonda says part of the reason for being extremely passionate about providing support for transgenders is turning their sorrows into joy.

“This is the reality for most, if not all young LGBTIQ. So reaching out to support mechanisms such as the mental health programs is a form of motivation for me.

“I engaged with Youth Champs 4 Mental Health and Rainbow Pride Foundation Ltd, which was formally known as the Males Empowerment Network-Fiji. They helped me understand myself and the journey I would be undertaking. Rhonda says that initially when the abuse and mocking started, it became so overwhelming to the point of suicide. A lot of help from close companions and especially friends from the artistic community was how Rhonda managed to steer through the stereotyping and misogyny — and learnt to handle negative situations the hard way.

“I choose to use my energy constructively as opposed to destructively by portraying better representation to oppose what society has sadly painted us to be.”

Despite the negativity, Rhonda continues to excel at everything putting more focus on things that matter in life.

Besides nurturing a job behind the desk as training and quality manager at Mindpearl, Rhonda’s other active roles and mentions include being Fiji’s first Trans singer/songwriter registered at Fiji Performing Rights Association, a FPRA Music Award nominee, a board director for one of Fiji’s first talent agency’s HOPE Fiji and board director at Rainbow Pride Foundation Ltd, a non-profit organisation legally registered in Fiji that advocates for the human rights of LGBT persons.

“As an artist, I’m collaborating with KuiViti Couture to release my new single that celebrates a unique provincial kinship and indigenousness.”

Rhonda hopes for a progressive nation where members of the LGBTIQ+ community are treated just like human beings, like any other person.

The artist encourages youths to never feel ashamed of themselves.

“You are not a a mistake, but divine evidence of a miracle. Treat everyone, yourself  included, like a work of art.”