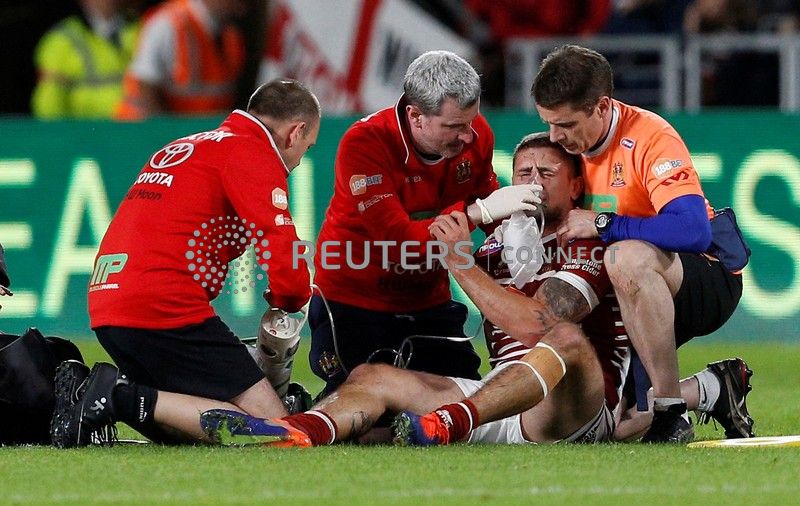 (Reuters) – The Rugby Football Union (RFU) ended a trial aimed at making the game safer by lowering the legal height of tackles after a study revealed that it increased the likelihood of concussion, according to multiple reports in the British media.

The rule change, where the height of a tackle was lowered from the line of the shoulders to above the armpit line, was announced last July and trialed in the second-tier Championship Cup.

Data from 36 matches in November and December showed a 41 percent decrease in tackles making contact with the head or neck of an upright ball-carrier, but the concussion risk increased when both ball-carrier and tackler were bent at the waist.

“This is an area that the trial was not specifically looking to influence,” RFU interim chief executive Nigel Melville was quoted as saying.

“The primary focus was to reduce the risk of concussion where the ball-carrier and tackler were both upright.”

According to the study, there was a 24 percent decrease in all tackles where contact was above the armpit line while tackles by an upright tackler on an upright ball-carrier decreased by 25 percent.

“Overall, this has been an extremely valuable exercise,” Melville added. “We’ve learnt a lot and tested an approach to reducing the risk of concussion in a real-life setting.”