RFNS Kacau to be commissioned soon 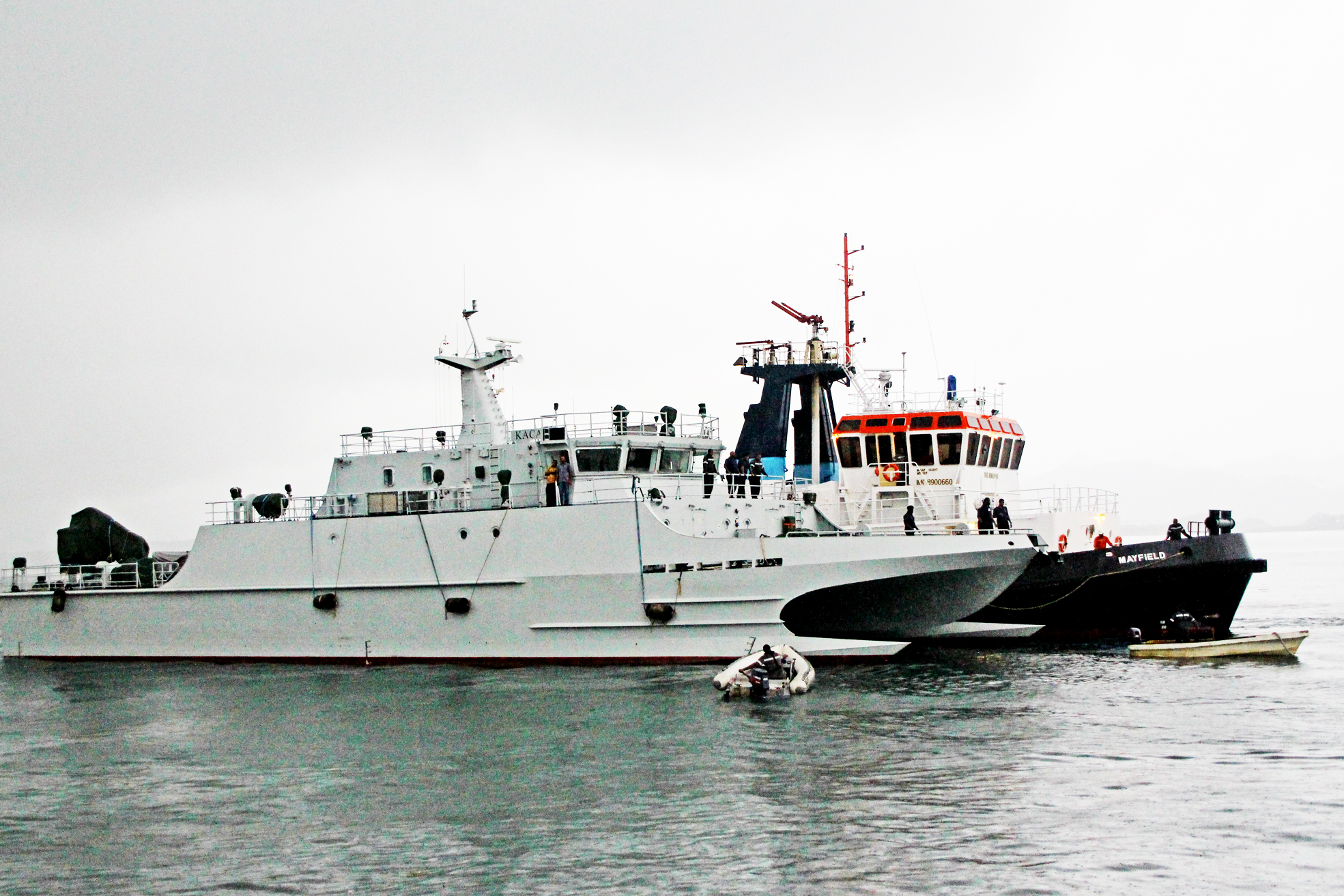 The RFNS Kacau on its way to the Stanley Brown Naval Base in Walu Bay, Suva. Picture: SUPPLIED/Fiji Navy

THE RFNS Kacau will be commissioned within the next few weeks.

This was confirmed by Fiji Navy fleet operations officer Commander Timoci Natuva during an interview at Stanley Brown Base in Walu Bay, Suva, today.

The vessel donated from China arrived into the country on Sunday.

Commander Natuva said the catamaran vessel would be used for conducting hydrographic survey and maritime surveillance.

He said the Fiji Hydrographic office had a very important role to play in conducting hydrographic surveys.

“They have an important role like with the recent increase in cruise liners coming into the country. We need to ensure that our waters are safe for large vessels to come and it increases the ranges of areas we can visit.

“In the future for example, if a port is planned to be constructed in Vanua Levu then it is our role to conduct surveys in those waters to see that they are safe for larger vessels,” Commander Natuva said.

He said it was first time ever for the Fiji Navy to receive a vessel with fully equipped Hydrographic equipment.

“It is a very critical role that the Hydrographic service does and at the moment we a have very small boat so we used to hire vessels to conduct surveys which was a costly exercise for Fiji Navy, this is a huge asset for us,” Commander Natuva said.