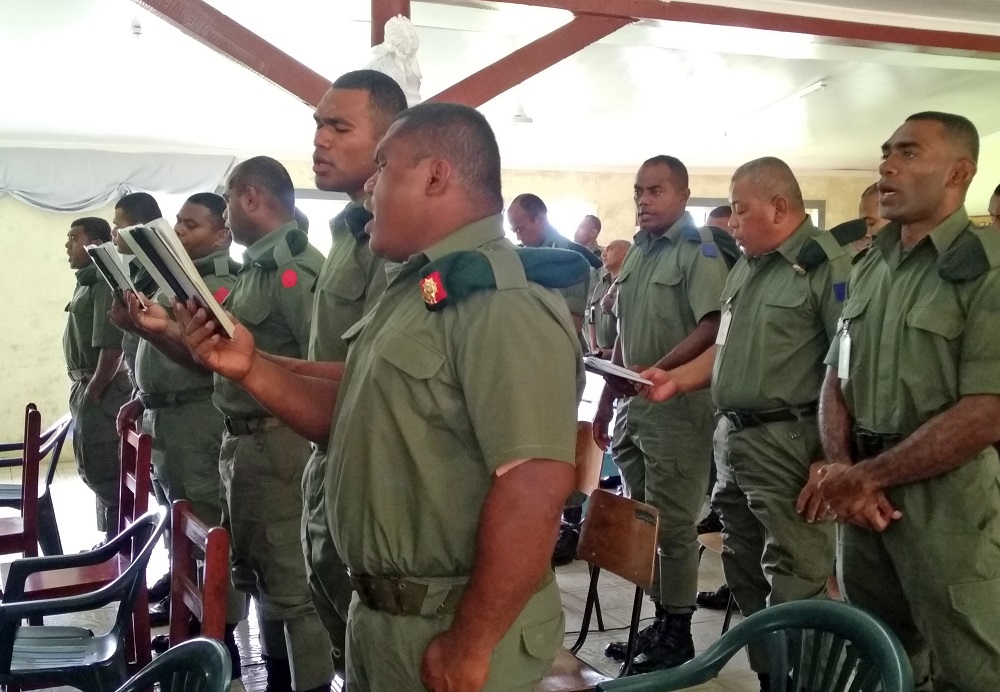 Personnel at the Sukanaivalu Barracks were yesterday reminded of the importance of discipline during their church parade. Picture: LUKE RAWALAI

THE Republic of Fiji Military Forces will issue a statement regarding a dismissed Fijian United Nations peacekeeper who engaged in sexual exploitation while stationed in Lebanon last year.

Speaking on behalf of the RFMF Commander Land Forces Colonel Manoa Gadai, his chief operations Major Jeremaia Waqanivalu said he would not comment on the issue.

Overseas media reported that allegations were first made against the peacekeeper in September 2017, prompting a nearly year-long investigation by the UN.

According to a UN public report on the incident it was alleged that the soldier had engaged in transactional sex with two adults.

The investigation, which concluded sometime last year, found one substantiated count of sexual exploitation and the peacekeeper was detained for 28 days, dismissed and repatriated to Fiji.

It was reported that the Republic of Fiji Military Forces (RFMF) later conducted its own investigation which substantiated the allegations and resulted in the person’s dismissal from RFMF, according to the US State Department’s 2018 review of Fiji’s human rights record.