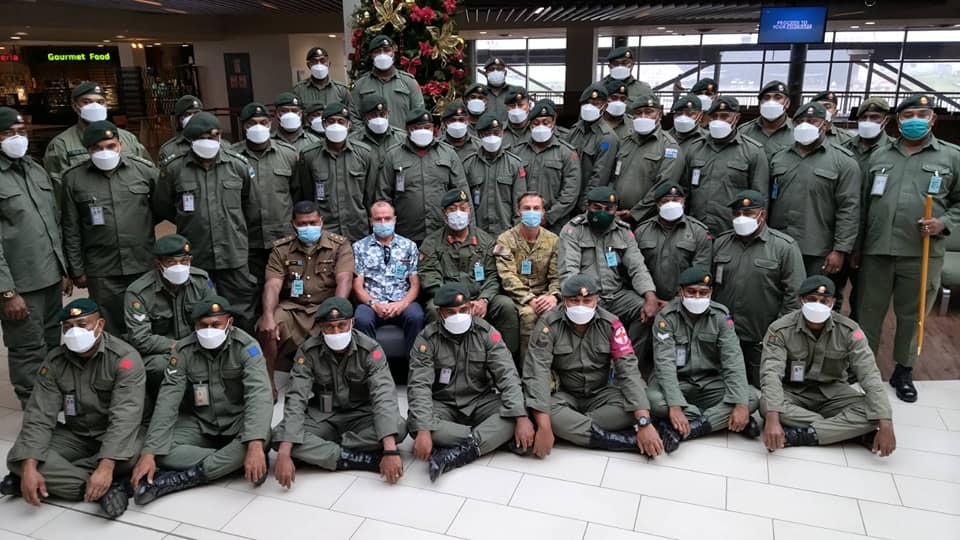 In a statement on its official Facebook Page, the Australian High Commission confirmed that the platoon was transported by the Royal Australian Air Force C130.

The statement said the platoon would join their Australian, Papua New Guinean and Solomon Islands colleagues in Honiara.

“The aircraft will also deliver supplies to support the platoon during their deployment.,” the Australian High Commission said.

Meanwhile RFMF confirmed in its Facebook Page that Major Asaeli Toanikeve was promoted to the rank of Lieutenant Colonel during a farewell church service last night in Queen Elizabeth Barracks, Suva to command the RFMF Contingent to the Solomon Islands.

“Lt Col Toanikeve has served more than 20 years in the RFMF. Being a product of the the Royal Military Academy Sandhurst, he has served in various capacities and in numerous appointments both locally and abroad,” RFMF said.

“Holding the appointment of Chief Staff Officer (CSO) Land Forces Operations, Lt Col Toanikeve was instrumental in the deployment of RFMF personnel in support of the Ministry of Health & Medical Services in the whole of government approach to COVID 19 response.

“In addition to that he was also part of the Incident Management Team during the height of the pandemic.

“Lt Col Toanikeve is a graduate of the New Zealand Staff & Command College and holds a Post Graduate Diploma in International Security from Massey University.”