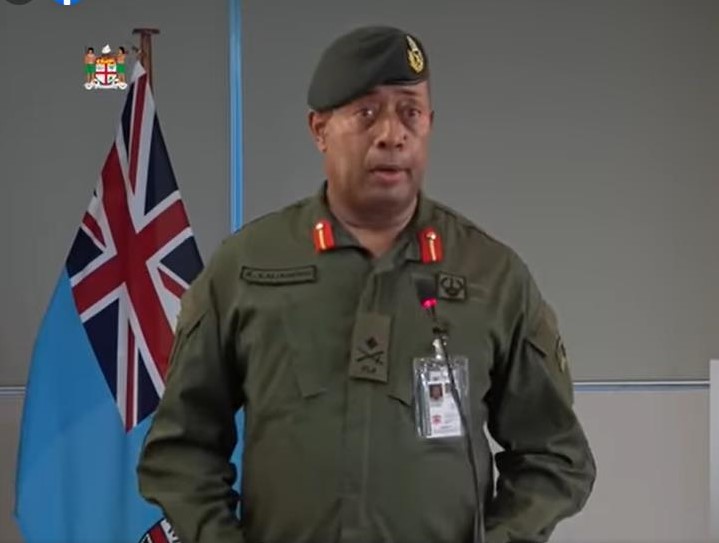 The Republic of the Fiji Military Forces (RFMF) says its planning consideration for its response efforts for Tonga and islands affected in the Lau group – following the volcanic eruption last weekend – are based on two deployments.

Commander RFMF Major-General Jone Kalouniwai said the first is a contingent of 25 military personnel in support of the Government and the Commissioner Eastern’s team to assist in assessment, rescue support and survey of the extent of the damage caused by the volcanic eruption.

He said the second contingent consisted of around 50 RFMF engineers who were on standby to assist the Tongan government.

In a virtual update, Major General Kalouniwai said the Australian Defence Forces would take the Fijian troop across to the Kingdom upon approval for deployment by the Tongan government.

He said they had been informed that Australia had been given the green light by the Tongan government to provide tsunami relief support to Tonga.

“As such, the communication channel between Canberra and Nuku’alofa is now accessible,” Major General Kalouniwai said.

“Because of the non-availability of communication between Fiji and Tonga, there is still some uncertainty whether the Tongan government has received the Acting Prime Minister’s offer to support Tonga.

“As such, efforts are being pursued through our Australian counterparts to seek the Tongan government’s permission to allow the RFMF to deploy under a joint taskforce arrangement between the defence forces.”

Major Kalouniwai said their standby personnel had undergone PCR COVID-19 test, and were kept under strict isolation conditions until departure.