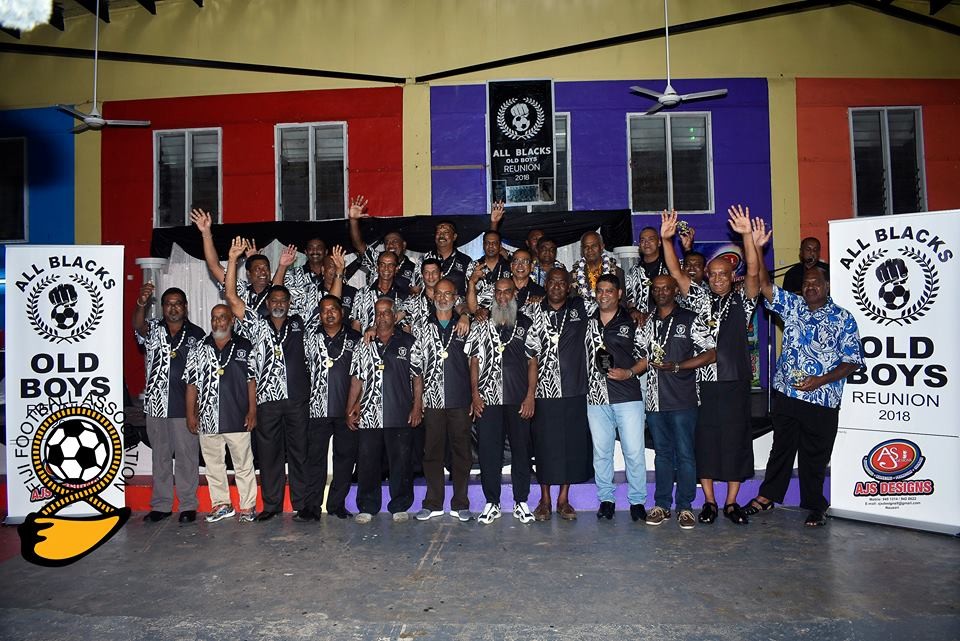 Former players of the All Blacks FC at Vunimono Sanatan Hall earlier this month. Picture: SUPPLIED

ONE of the oldest clubs in the Rewa Football Association – All Blacks FC – held its reunion for the players of 80s at Vunimono Sanatan Hall on Saturday, January 5.

A statement issued by Fiji FA quoted former rep Irshaad Ali Joe saying the reunion was long overdue in that it had been planned for a long time.

“I am happy to see most of the players together,” said Ali, adding those were the players who had brought fame and name to the club in the 80s.

“As we remember our days, I can tell you that it was the year when we won the senior division and were promoted to the top level in Rewa league.

“We also featured in the National Club Championship in 1985 and gaining promotion to premier division in 1983.”

Ali said most of the players from the club also featured for the Rewa team.

Former Rewa and All Blacks striker Lily said it was great to meet his former brothers after so many years.

“I am residing in USA now and it is great to be back and meet our former teammates after so many years, ” he said.

“I can remember when I scored the winning goal to give our team the much-needed win to qualify to the top division.

“We had passion and pride for our team as we used to train and work hard for everything,”

The players were presented with medals and other gifts.