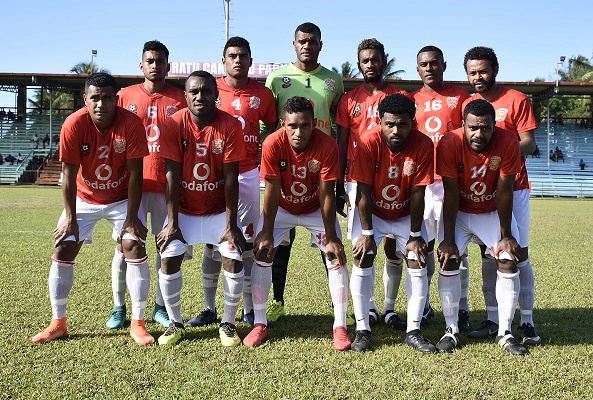 STAR striker Iosefo Verevou’s clearance to play for Rewa will add another dimension in the Rewa team, says Rewa Football Association president Nazeel Buksh ahead of the 2018 Vodafone Fiji FACT.

Verevou was cleared by Fiji Football Association after Rewa and the Fiji FA reached an agreement to settle the fine of $5000 after Verevou served the six-match suspension fined $5000 in the Vodafone Premier League this season.

He applied for his release to move to Suva, but a week later changed his mind and decided to stay with Rewa during the two-week player transfer window that closed in January.

“He has paid his fine this afternoon (yesterday) and he is all set to play for Rewa in the Fiji FACT,” FFA chief executive officer Mohammed Yusuf said.

“He is eligible to play for Rewa. “We have settled the issue as far as Verevou’s case was concerned.” Buksh was a relieved man after Verevou was given the green light to take the field.

“He is an important part of the Rewa football team and he was the key player Rewa when we won two tournaments back to back and having him back in the team is a big boost.

“With the experience and the calibre of player he is will add another dimension to the team when he is around. The coach would want to maximise Verevou’s experience in the tournament,” Buksh said.

“The money for the suspension was given by a few Rewa supporters who paid part of the payment of the fine and we are still looking for sponsors to pay the other part off.”

Meanwhile, Suva Football Association president Ritesh Pratap said the association had no issue with Verevou to play for Rewa after they reached an agreement with the Fiji FA and Rewa FA. Rewa will face Ba at 8pm tonight at Ratu Cakobau Park in Nausori.