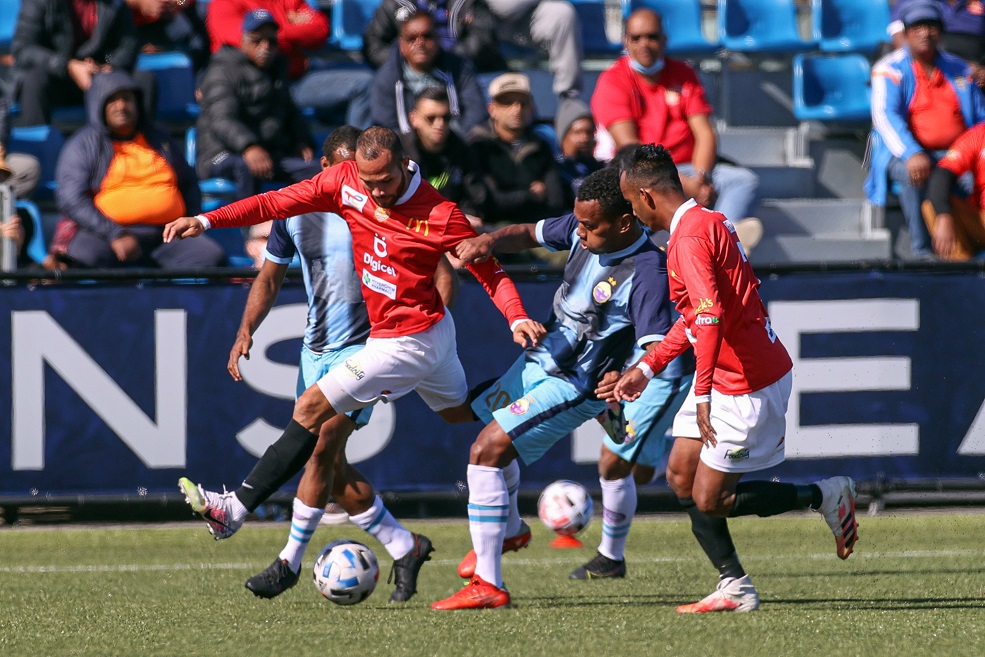 Rewa bombed out the OFC Champions League 2022 after losing to Hienghène Sport 0-2 in Auckland yesterday.

The New Caledonia side booked a final four date with Tahiti’s AS Vénus after Fonzy Ranchain’s free-kick and Joseph Athale’s header secured their qualification at Rewa’s expense.

The game began with urgency, Rewa testing Jacques Nyikeine within the opening minute, the Hienghène goalkeeper recovering well to deny Abbu Zahid. Zahid then had two golden opportunities to open the scoring, mishitting an effort inside the six-yard box before seeing a tame finish well saved by the feet of Nyikeine, skying over the rebound as Rewa looked dangerous early on.

To have any chance of reclaiming the title they won in 2019 Hienghène needed a win and just after the hour mark they moved into the lead.

Ranchain’s free-kick from the edge of the box wrongfooted Alam in the Rewa goal, who could only parry his powerful strike into the back of his own net.

Rewa were on the verge of a first round exit and their challenge became even more difficult 10 minutes later when Athale flicked on Ranchain’s free-kick delivery to stretch Hienghène’s advantage to two goals.

Alam then kept Rewa in the game with a sprawling save to deny Ranchain and despite Rewa’s best efforts Hienghène advance to take on AS Vénus in the semi-finals.