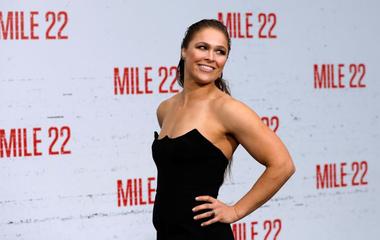 Former UFC champion Ronda Rousey announced Thursday that she is launching her streaming career next week on Facebook Gaming.

Her inaugural stream will begin Tuesday at 6 p.m. ET. She said she will donate the proceeds from the stream to Australian bushfire recovery.

“Game streaming is one of the most authentic mediums & the time is right for me to jump into the stream exclusively on FacebookGaming,” Rousey said on Twitter.

Rousey said she anticipates streaming once a week. She will play Pokemon Sword and Shield in her first stream.

Facebook Gaming debuted in 2018 and has added prominent streamers such as Jeremy “DisguisedToast” Wang and Gonzalo “ZeRo” Barrios.