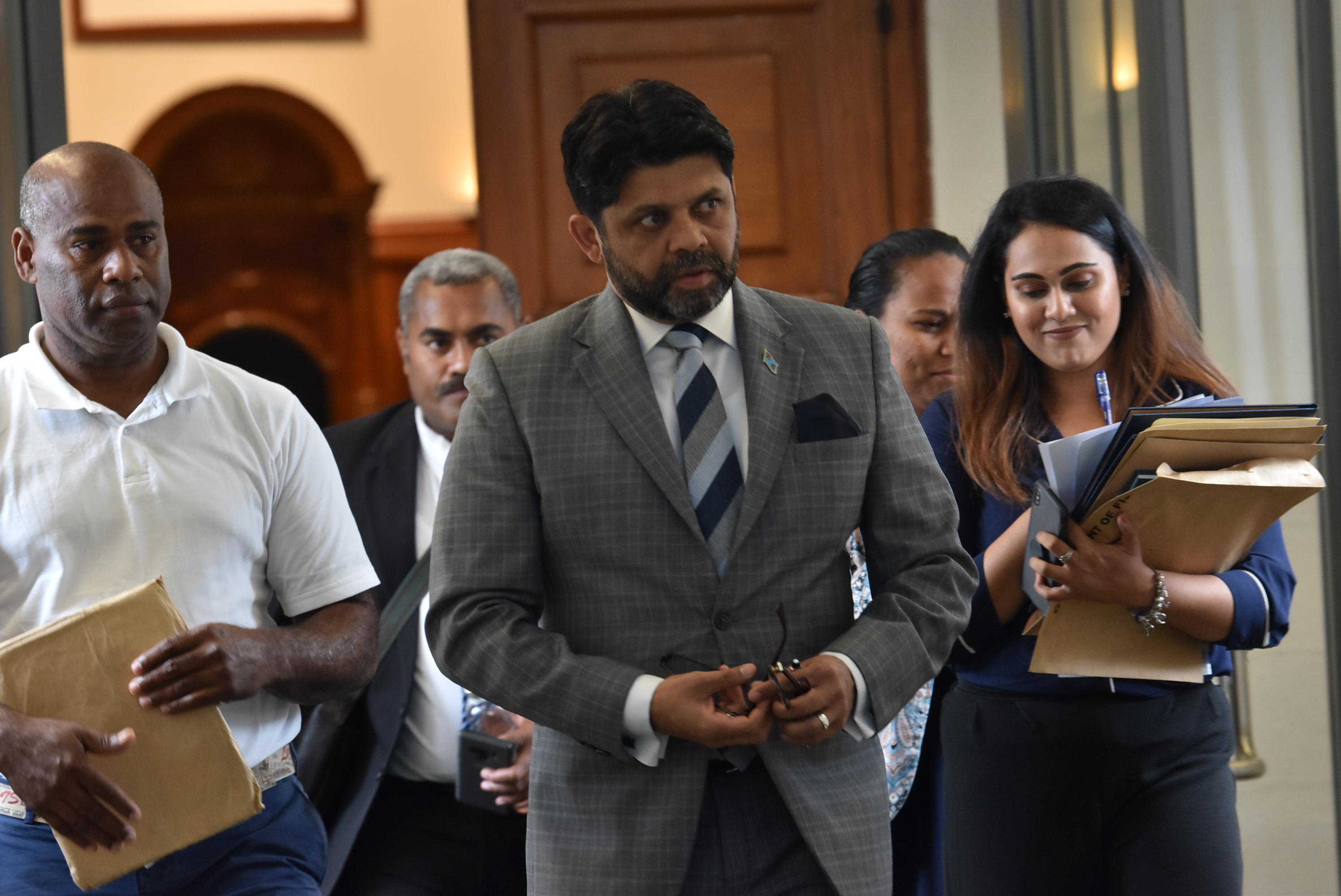 Attorney-General Aiyaz Sayed-Khaiyum during a break from Parliament this week. Picture: JONACANI LALAKOBAU

POLICE constables were sitting on an annual salary of $9000 in 2006, Attorney-General Aiyaz Sayed-Khaiyum told Parliament yesterday.

He said police officers who have breached the law had been prosecuted.

Speaking on the case of the 16-year-old who was allegedly interrogated by two men who claimed to be military officers, Mr Sayed-Khaiyum said there was a similar case in 2000 where a 14-year-old was detained by police for more than four hours.

He said the teenage boy was handcuffed to a post for allegedly stealing a can of tuna and the question was whether the case was dealt with.

He said when the Opposition talked about the morale of police officers, they failed to understand that when Opposition Leader Sitiveni Rabuka staged the 1987 coup, he locked former police commissioner Parmesh Uma Raman in a cell at the police station.