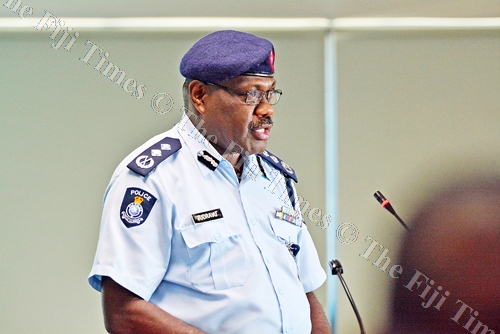 THE second phase of the Fiji Police Force’s restructure process is expected to begin in the next few weeks as more than 200 special constables march in soon for their regularisation process.

Defence, National Security and Foreign Affairs Minister Inia Seruiratu said this would boost the force’s ability to meet the increasing demands of policing.

“This, considering the demands placed on policing and Government had acknowledged this by allocating funds in the 2019/2020 budget,” he said.

“As more police officers are expected to be recruited over the next few years, opportunities will open up for you to progress your own policing careers.”

Meanwhile, in an interview, Deputy Commissioner of Police Rusiate Tudravu said they were looking at recruiting 200 special constables for the next regularisation process within the next few weeks.

Mr Tudravu said special constables who made it through the regularisation process would be posted to fill vacancies in stations around the country.

“Our main effort is towards human resources and that is our main aim now as we would like to fill the vacancies here in the stations before we move to the special units,” he said.

“We will be updating the manpower requirements in the force within the next five years.”