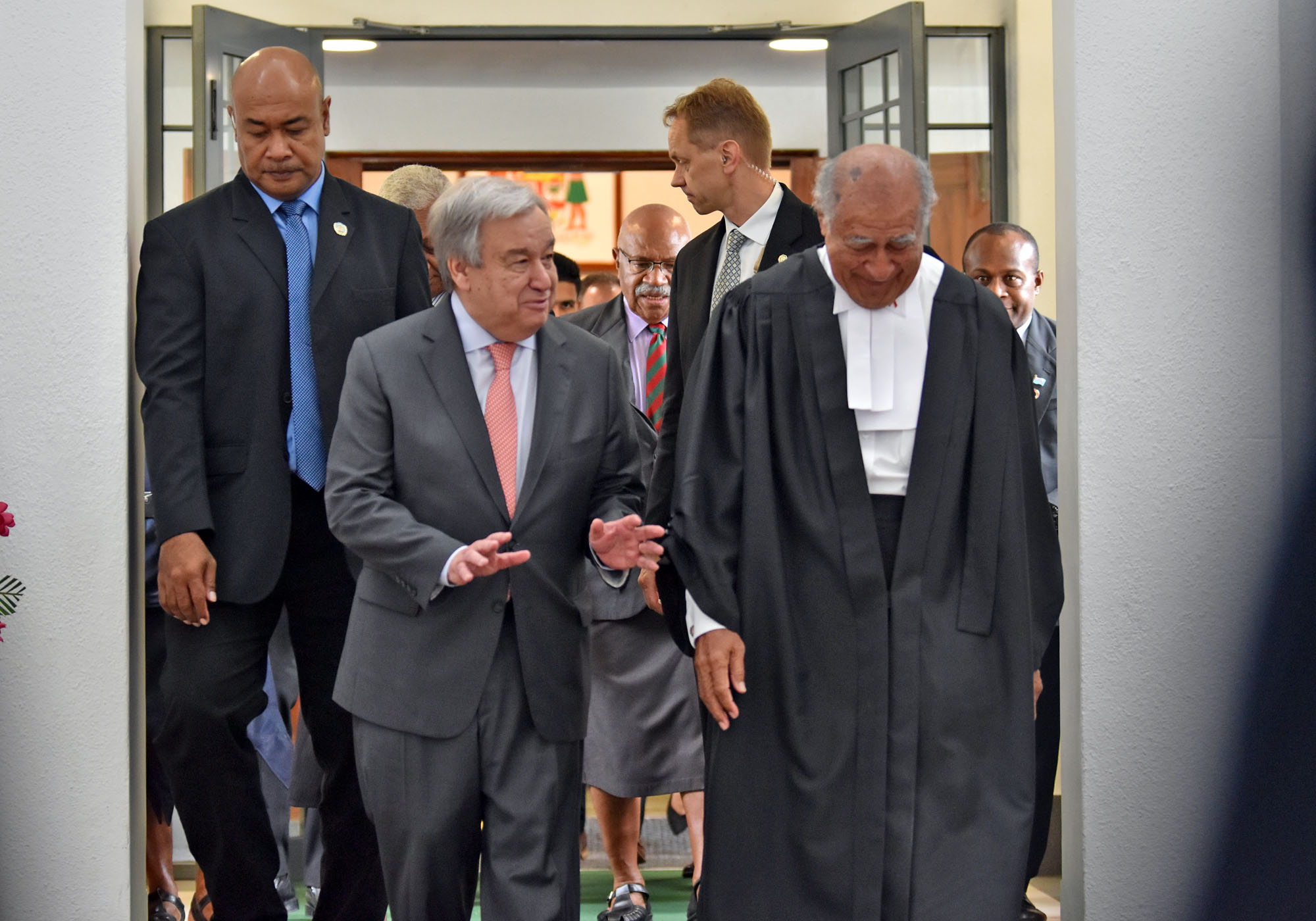 UNITED Nations Secretary-General Antonio Guterres says there is a “dangerous” upsurge in hatred and has called on Fijian parliamentarians to scale up their response to hate speech.

As part of his visit to the Pacific this week, Mr Guterres also visited the two mosques in Christchurch, New Zealand the scenes of two horrific terrorist attacks against Muslims. More than 40 lives were lost in both attacks.

“Around the world, we are facing rising anti-Semitism, anti-Muslim rhetoric, the persecution of Christians and other forms of xenophobia against migrants and refugees and racism,” he told MPs in Parliament yesterday.

“We must all show solidarity in response to this dangerous upsurge in hatred and scale up our response to the hate speech which is coarsening our public dialogue in many countries and regions of the world.”

He said the 2030 Agenda and the Sustainable Development Goals were the UN’s blueprint for a fair globalisation built on prosperous, peaceful and resilient societies on a healthy planet.

“Education, healthcare, decent jobs and economic opportunities, respect for human rights and the rule of law, gender equality, diversity and inclusion, fundamental freedoms and democratic values: these are the keys to sustainable growth, peace and prosperity.”

“Representatives from different political parties, backgrounds and experiences are here together to debate and decide on national issues. This was not always the case in many parts of the world, and I congratulate you on your efforts to make this parliament — and Fiji itself — a place of inclusiveness, equality, diversity and tolerance.

“We need that spirit more than ever at this troubled time.”

As part of his engagements yesterday, Mr Guterres also visited the National War Memorial in Veiuto, Suva to lay a wreath and pay tribute to fallen Fijian war veterans.