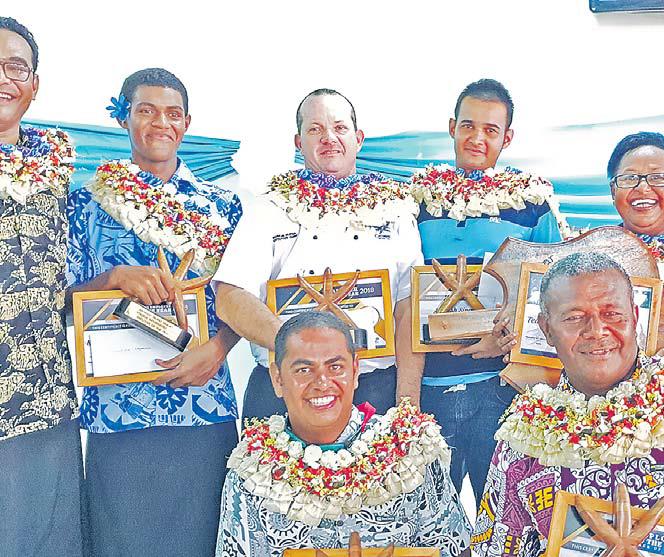 This year’s winners, Ilami Nasaucoko from the Engineering Department and Craig Luciano from Dive and Watersports, have never travelled abroad before.

Both were overwhelmed with the prospect of travelling to Australia on the national carrier.

“I thought they were calling someone else when they called out my name,” said Mr Nasaucoko.

“I am so happy because it will be my first time on an aeroplane and first trip overseas.”

The 49-year-old has spent more than 26 years at Castaway.

Mr Luciano said he had relatives he would like to visit.

“It’s just a question of who to visit and I would like to thank Fiji Airways and Castaway for this great opportunity,” he said.

Kunaitaqele Nayaravoro from the Food and Beverage Dept claimed the Young Employee of the Year award.

All three won five nights accommodation at the Outrigger Fiji Beach Resort inclusive of all meals and transfers.

Resort general manager Steven Andrews said he was proud of the efforts of his team.

“2018 was our most successful year in 52 years and that was made possible through the outstanding efforts of my amazing team,” he said.