Residents told to plan for the future 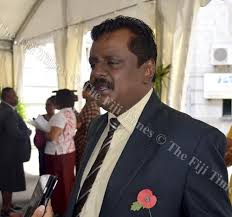 RESIDENTS living in low-cost housing units have been urged to plan ahead for the future and gradually move out of the flats and into their own homes.

Local Government and Housing Minister Parveen Kumar said the idea of having a Public Rental Board (PRB) unit was to gradually move into Housing Authority lots.

“What we have observed is those who have been at the PRB rental units, they are not thinking ahead or about the future,” Mr Kumar said.

“They think wherever they are is good enough for them. I want to say to you that we are doing a huge subdivision in Tavakubu (Lautoka).

“Those who are residing here at the PRB units, if you want to have a lot and buy a new house, please go and register yourself at Housing Authority’s Lautoka office.

“There are a lot of lots coming in, it will be affordable and you can own a lot.”

“I’ve been saying this to our people at the PRB flats. “Don’t think that you are here for a lifetime. Gradually, you will have to move.

“That is why PRB was formed, that is why Housing Authority was formed — they were formed for gradual movement and I would like to see that we start in Lautoka.

“If you really want to move, go and register yourself and we will give first priority to the tenants here at PRB.”