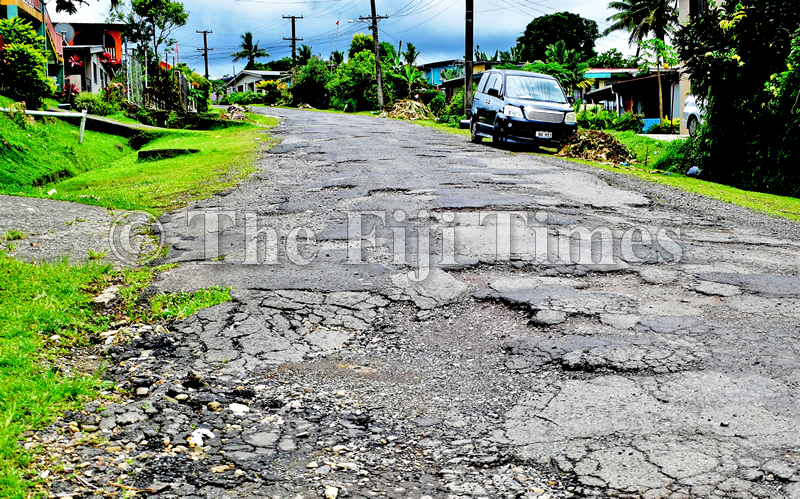 Racule Drive at Cunnigham Stage 4 outside Suva is in a bad state. Picture: JONA KONATACI

Some people would drive their cars on footpaths to avoid damage from potholes, claims Cunningham resident Mili Vasukicakau.

She said it was a concern because pedestrians would have to dodge the cars. “That is dangerous as we have small kids who walk on footpaths,” she said.

“For the taxidrivers who are operating from our area, they usually don’t want to come and drop us as the road condition is very bad.

“I have been here for more than five years and the road condition over the years has deteriorated with no permanent solution.

“For the cars which are very low such as hybrid vehicles, the road condition damages the cars so they usually don’t prefer to drop us particularly during rainy season.”