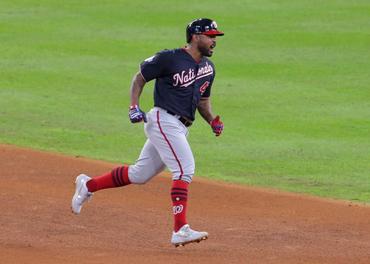 The Washington Nationals have reached a one-year deal with infielder Howie Kendrick, bringing back the postseason hero for another season, according to multiple reports.

Kendrick will return to the World Series champions for $6.25 million with a mutual option for 2021.

He did his part in the regular season at Washington the last three years as well. He batted .344 with 17 home runs and 62 RBIs this past season over 121 games. He saw limited action the previous two seasons with the Nationals but batted a combined .322 with the club going back to 2017, with an .896 OPS.