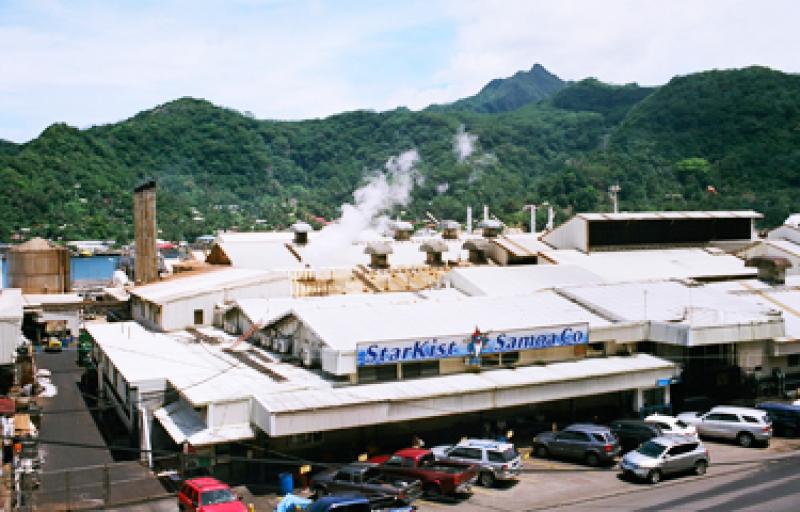 PAGO PAGO – The Western Pacific Regional Fishery Management Council says it is pleased by the agreement between Tri Marine International and StarKist for the sublease of Tri Marine’s Samoa Tuna Processing (STP) facility at Atu’u.

StarKist said more than a week ago that the 10-year lease agreement of STP would support StarKist Samoa operations.

The Council over the years has long supported efforts of the canneries in American Samoa and has been concerned over the closure of the STP cannery operation in December 2016.

The Council during its meetings has included in reports from American Samoa updates on the cannery. During the Council’s meeting in Honolulu in August last year, the short-term lease of STP freezer storage by StarKist Samoa was revealed, after StarKist has been faced with limited space for many years.

Responding to a Samoa News request for comments on the new long term lease, the Council said it is pleased with lease agreement, adding that this “action supports the tuna canning industry, which is America Samoa’s largest private-sector business, employing 16 percent of the Territory’s workforce.”

According to the Council, the tuna canneries also support many ancillary businesses associated with the industry, are the largest revenue-generating business for the American Samoa Government and the biggest private consumer of power, water and telecommunications, which brings significant additional revenue to the local government and the Territory.”

This latest new update on the local cannery is included in the American Samoa Community Activities Report made public ahead of the Council’s 173 meeting from June 11 to 13 at Wailea Beach Resort on Maui Island, Hawaii.

The report, prepared by Council staff, notes that the agreement will alleviate StarKist Samoa’s need for cold storage space. “The lease of the STP facility is a win-win situation for both the companies and American Samoa,” the report says. “The move gives StarKist the freezer cold storage space it had sorely needed, and also provides them with the flexibility to expand if they choose to do so.”

The report also reveals that Chinese owned Ping Tai Rong Ocean Fishery Company has announced it would be offloading tuna in American Samoa. The company operates 26 longline fishing vessels and they have plans for their vessels — based in neighbouring Samoa — to deliver fish to StarKist Samoa.

Furthermore, Luen Thai Fishing Ventures Company also is planning to have some of its boats in Samoa deliver to StarKist Samoa as well.

“This will be a boon to StarKist Samoa as a steady fish supply has been a challenge for the company in recent years,” the report said, adding that loss of fishing days and fishing grounds to US tuna-fishing vessels has resulted in a decrease in supply delivered to American Samoa.

As previously reported by Samoa News and also cited in the Council staff report, fish supply has impacted StarKist Samoa in the past two years, and has forced the cannery to shut down operations. The latest shutdown was for 5 weeks between October and November of last year.

“The possibility of Apia-based fishing vessels delivering fish to StarKist Samoa would help to keep production going and reduce the chances of the cannery having to undergo another suspension of canning operations,” the report says.

In an effort to prepare those Apia-based boats for the stringent regulations of the US Coast Guard and the US National Oceanic and Atmospheric Administration, outreach was conducted in Apia, Samoa last month, according to the report.

It says that USCG officers from Honolulu and American Samoa joined NOAA Office of Law Enforcement (OLE) to provide guidance through practice inspections and drills to the Apia-based vessels.

No specific timeframe as to when the two Chinese companies, with vessels based in Apia, will start off loading their catches at StarKist Samoa.