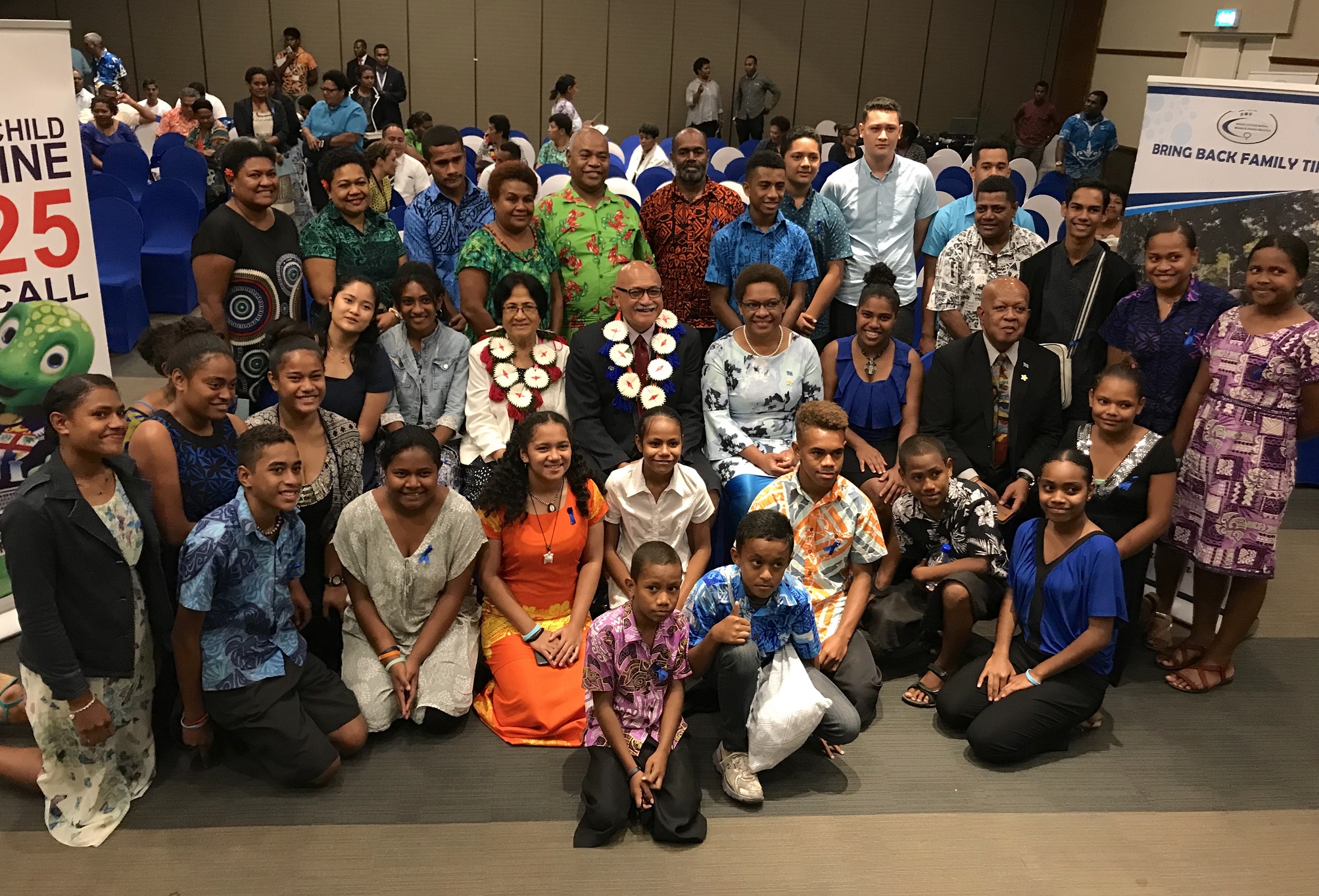 President Jioji Konrote and his wife Sarote Konrote with the Minister for Women & Children Mereseini Vuniwaqa share a photograph with the youths of the Save the Children clubs at the launch of the “Prevention of a Child Abuse and Neglect (PCAN) National Celebration at GPH in Suva this morning. Picture: JOVESA NAISUA

Mr Konrote while launching the Prevention of Child Abuse and Neglect (PCAN) National Celebration at the Grand Pacific Hotel in Suva earlier this morning said the National Child Helpline (1325) had received more than 42,000 calls since its launch in April 2015.

Mr Konrote said according to the Medical Services Pacific, adults are calling in to report on various child abuse cases.

The event also saw the introduction of Charlie the Child Helpline Turtle which is aimed at encouraging children to call and use the helpline to voice their concerns.