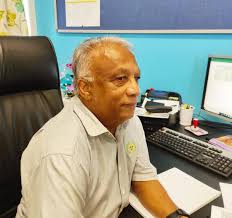 PORT VILA, 25 FEBRUARY 2021 (VANUATU DAILY POST) – 44 scholarship students who undertook studies under the Member’s Education Support Scheme (MESS) of the Vanuatu National Provident Fund (VNPF) last year and failed all or most of their courses will be repatriated.

These students will no longer be supported by VNPF, said the General Manager (GM) of VNPF, Parmod Achary.

“There’s no alternative but to bring them back since they been excluded by the universities. Some of them will not do courses for a few semesters before they can reapply,” he conveyed.

“We have to repatriate them as soon as possible and make arrangements to recover funds worth around Vt15 million (US$141,000).

“These failed students, particularly in Fiji have been cited for disorderly behaviours and had tarnished the MESS, parents and the country’s reputation.”

GM Achary also stressed that no effort was put to monitor and evaluate the academic performance of the students despite requests to the National Scholarship Office.

Therefore, VNPF is considering tasking a staff to do that, he said.

VNPF spent over Vt170 million (US$1.5 million) on the education of 368 students last year.

44 have had their courses terminated, leaving 324 continuing their studies this year.

Most of the students will be undertaking studies at the USP Laucala Campus in Fiji, USP Emalus Campus and Vanuatu Institute of Teacher’s Education (VITE) in Vanuatu.

GM Achary said they have received some applications from Year 13 and 14 students. He clarified that MESS is restricted to only tertiary level students.