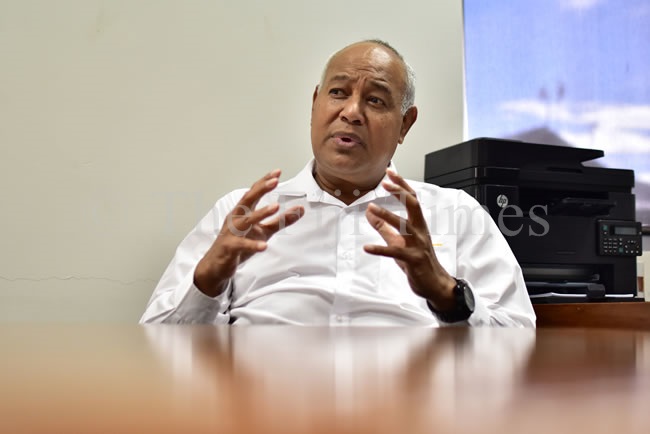 Any delay in mass immunisation against COVID-19 would be a concern for the business sector in Fiji, says Fiji Commerce and Employers Federation CEO Kameli Batiweti.

His comments come in response to the Economist Intelligence Unit report Coronavirus vaccines: expect delays, which projected the bulk of the adult population in advanced economies would be vaccinated by mid-2022 whereas for middle-income countries and poorer economies would archive this not until 2024.

He said tourism was Fiji’s biggest sector as well as one of the main revenue earning industry.

Mr Batiweti hoped the report was incorrect as the projections were far off, which could result in businesses in having to change its continuity plans.

“For the members who make up the membership here at FCEF, they would have to come up with their different business continuity plan with this.

“The manufacturing ones going to have to do different things, their BCP will look different, the retailers are OK because people need to buy food to survive, the exporters I am told is doing well and some of the exporters are doing very well.

“During this pandemic they are exporting a lot more during normal times, which is an excellent opportunity for them.”

He said this projection by the EIU was a concern because some of the trading partners like Australia and New Zealand in order for them to open up a travel bubble in Fiji or any Pacific Island they would expect the 80 per cent of the nation to be vaccinated.

However, Mr Bateweti said there were indications for the vaccination process to start before the first half of 2021.

“We are hoping for the first half of this year, we are led to believe through some media reports and it’s just this is what we read in the media, that the vaccines will possibly come in the first half and the vaccination will start, it’s the logistics and all.

“People should not expect an overnight turnaround, it will take time, there are storage challenges that Government will be faced with.”

He added the immunisation process would be a huge task in terms of logistics, deployment and the payment of employees such as medical workers.

Mr Batiweti stated communication was important and he was certain the government had a communication plan to get the people to understand and respond accordingly.

“It’s important to communicate early and communicate clearly and try and not to create that fear because the human nature is such where it’s all about me and what’s best for me.”

He added FCEF could work with its members and Ministry of Health to get the staff or employees immunised should the Government require such assistance.