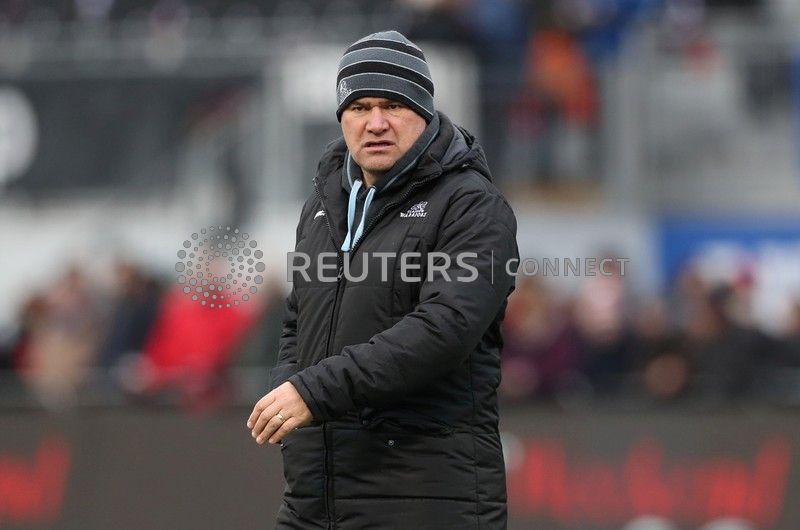 WELLINGTON (Reuters) – Rugby Australia have made a “sensational appointment” in choosing Dave Rennie to take over as coach of the Wallabies and he will improve the team in short order, former All Blacks loose forward Murray Mexted has said.

Rennie, who turns 56 on Friday, was named on Wednesday to replace Michael Cheika, who quit after the Wallabies crashed out of the quarter-finals of the Rugby World Cup in Japan.

Glasgow Warriors coach Rennie had long been tipped as the front runner for the job, despite New Zealand Rugby also reaching out to see if he was interested in succeeding Steve Hansen as All Blacks coach.

“He is a sensational appointment for Australian rugby in my view (and) I hate to tell you from a New Zealand point of view … he will be great,” Mexted told Reuters.

“He will get in and roll his sleeves up and build a new culture in a short period of time … and they will get better and better.”

Mexted played with Rennie in the Wellington provincial side in the 1980s and also had a role in keeping him in professional coaching when the former centre missed out on the Wellington Hurricanes job in 2003.

Rennie, who had been an assistant at the Hurricanes, went back to coaching at his local club in Upper Hutt, north of Wellington, and running a bar before Mexted approached him about helping out at the International Rugby Academy New Zealand (IRANZ).

“I invited him up to IRANZ as a team coach. We have to have a couple of anchor (coaches) and then we bring in all these specialists. He was a fantastic anchor,” added Mexted, who set up IRANZ in 2002.

“He was basically an anchor coach for us for about five years. He was doing everything because he didn’t really have another role apart from with Upper Hutt.

Rennie moved on from Upper Hutt to take over as head coach of provincial side Manawatu in 2005 before leading the under-20 ‘Baby Blacks’ to three successive world titles from 2008.

He then got his first Super Rugby head coaching job with the Waikato Chiefs, where he quickly transformed the team’s culture as they reconnected with the local community and introduced a work ethic that led them to successive titles in 2012 and 2013.

That ability to rebuild a team quickly should help him as he steps into the Wallabies job, said Mexted.

“One of the things you need to do (as a coach) is bring a diverse group of people together. That’s your role,” he said.