Renault to have CEO shortlist soon but not in rush: Sueddeutsche Zeitung 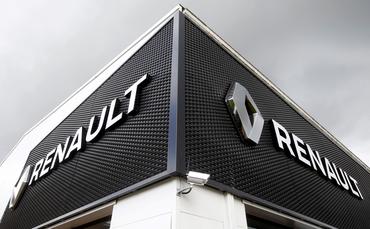 FILE PHOTO: The logo of French car manufacturer Renault is seen at a dealership of the company in Bordeaux, France, June 12, 2019. REUTERS/Regis Duvignau/File Photo

FRANKFURT (Reuters) – Renault (RENA.PA) will have soon drawn up a shortlist of candidates for chief executive officer but there is no rush, the French carmaker’s chairman told a German newspaper.

Renault ousted chief executive Thierry Bollore in October as the carmaker and its Japanese partner Nissan (7201.T) have tried to rekindle their relationship after the arrest of the alliance’s former head Carlos Ghosn.

“If we select a person by the end of the year, all the better. If not, it’s not a bad thing,” Jean-Dominique Senard told Seuddeutsche Zeitung in an interview published on Sunday.

He praised Renault’s finance director, Clotilde Delbos, who took over as interim CEO.

Bollore had been close to Ghosn and had strained relations with Nissan’s previous boss.

Appointing new faces at the helm of Renault could help draw a line under almost a year of turmoil and revive cooperation between two carmakers once seen as destined to a full merger.

Senard did not rule out reducing Renault’s stake in Nissan, which he said the Japanese firm had long demanded. The French company holds 43% of Nissan’s shares.

“Things are not written for all eternity,” Senard said. “However, a reduction in shares must make sense.”

French Finance Minister Bruno Le Maire said on Sunday that the search was ongoing for a new CEO and that he favoured selecting a professional from the automobile sector.