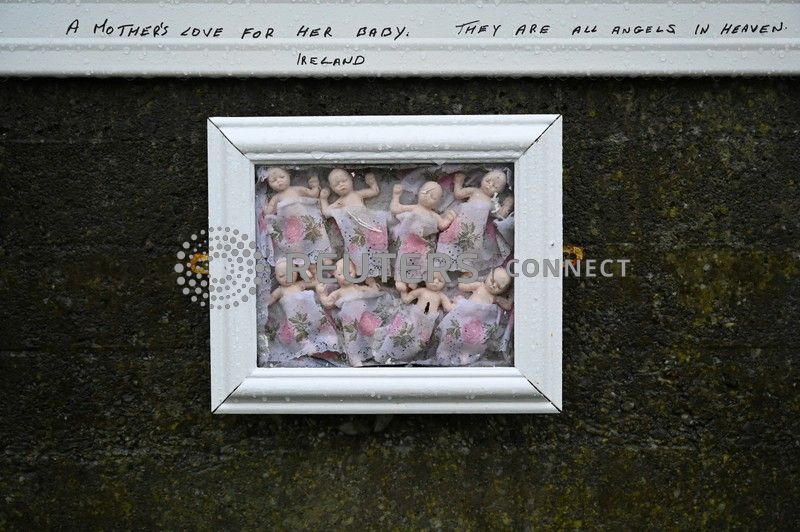 A detail view of the Tuam graveyard, where the bodies of 796 babies were uncovered at the site of a former Catholic home for unmarried mothers and their children on the day a government-ordered inquiry into former Church-run homes for unmarried mothers is formally published, in Tuam, Ireland, January 12, 2021. REUTERS/Clodagh Kilcoyne

DUBLIN (Reuters) – The religious order that ran a care home for unmarried mothers in the Irish town of Tuam where the remains of hundreds of infants were found in a mass grave has apologised for the treatment of those in its care.

A government-commissioned report published on Tuesday found an “appalling” mortality rate of around 15% among children born at a network of so-called Mother and Baby homes, reflecting brutal living conditions. Around 9,000 children died in all.

Relatives have alleged the babies were mistreated because they were born to unmarried mothers who, like their children, were seen as a stain on Ireland’s image as a devout Catholic nation.

“We did not live up to our Christianity when running the Home,” the Sisters of Bon Secours, which ran St Mary’s Mother and Baby Home in Tuam from 1925 to 1961, said in a statement.

“We failed to respect the inherent dignity of the women and children who came to the home. We failed to offer them the compassion that they so badly needed,” the statement said.

The government investigation was launched six years ago after evidence of an unmarked mass graveyard at Tuam was uncovered by amateur local historian Catherine Corless, who found public records showing that 796 children had died at the home.

“We acknowledge in particular that infants and children who died in the home were buried in a disrespectful and unacceptable way. For all that we are deeply sorry,” the statement said.

“We hope and we pray that healing will come to all those affected; those who are living and those who have died,” it said. “We hope that we, our church and our country can learn from this history.”