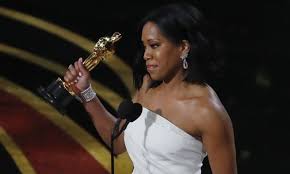 LOS ANGELES (Reuters) – Regina King won the Oscar for best supporting actress on Sunday for her role as a mother trying to look out for her pregnant daughter in “If Beale Street Could Talk.” It was the first Oscar for King, 48, who began her career in Hollywood more than three decades ago as […]