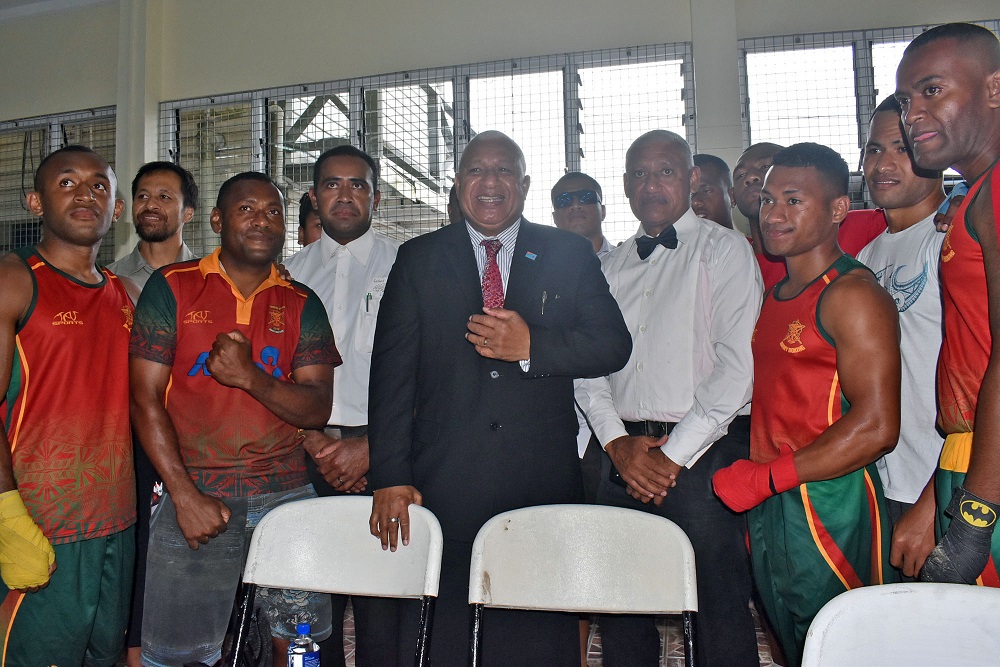 Prime Minister Voreqe Bainimarama with boxing umpires and Republic of the Fiji Military Forces boxers during the opening of the Captain Stanley Brown Boxing Gym at Walu Bay in Suva on Thursday, November 21, 2019. Picture: JONACANI LALAKOBAU

Formerly known as the PWD Boxing Gym, the refurbished arena has been renamed in memory of the first Commander of the Fiji Navy Captain Stanley Brown who was also renowned for his commitment as an official to the sport of boxing in the early 1970s.

In his address, Bainimarama said it was time to pour support into boxing to lift it to another level on the world stage.

“I ask all Fijians to take a fresh look at boxing, as your enthusiasm for the sport will mean more than anything to our athletes. Let us replicate the same support that we offer our rugby players, support that fuels their success on the global stage,” he said.

The gym includes an international standard boxing ring and boxing equipment, as well as a weights area with equipment supplied with the help of the Australian government and offices for the Fiji Amateur Boxing Association administration.