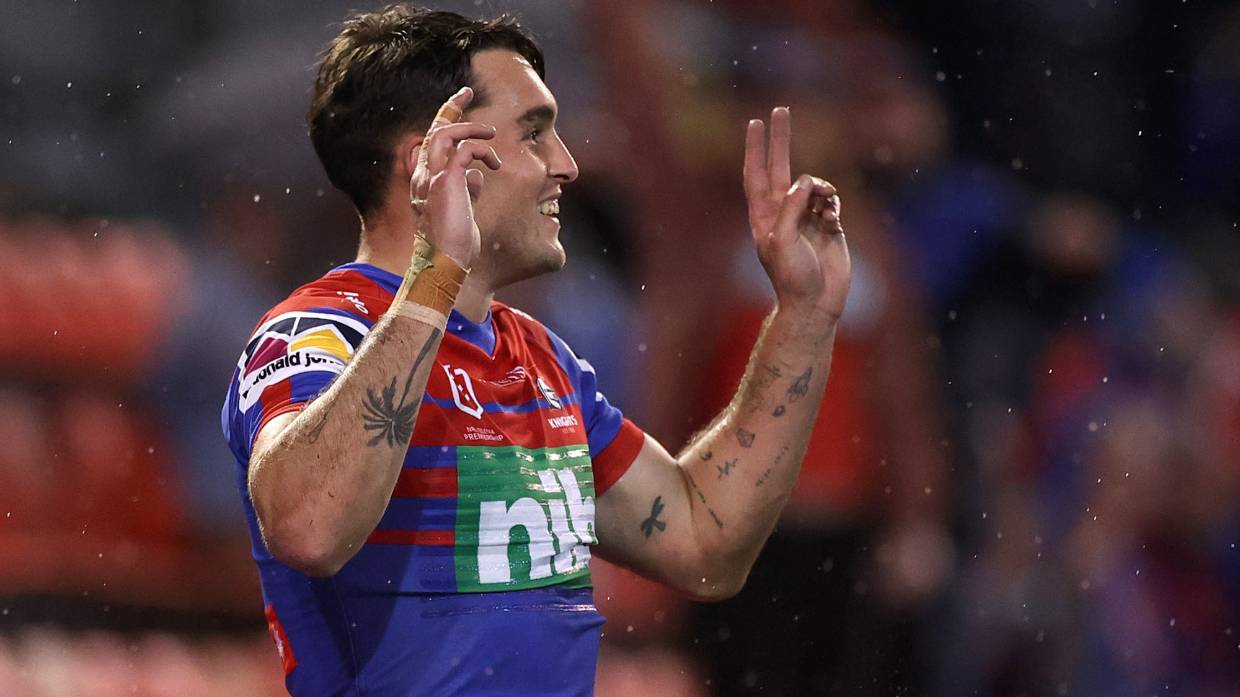 Tex Hoy of the Knights celebrates a try against the Eels that was later disallowed. Picture: STUFF SPORTS.

A commanding 80-minute effort from Eels hooker Reed Mahoney has proved the difference in a sloppy 10-4 NRL win over Newcastle on Sunday.

Mahoney was in everything for the Eels who were without halfback Mitch Moses. He set up one of his team’s two tries, kicked beautifully and tackling himself to a standstill.

The Eels returned to the top of the premiership ladder, after withstanding a wave of early attacks.

A couple of pieces of magic from Mahoney helped his side claim first points; first a deft kick enforced a drop out then a lovely short ball (helped by some poor left edge defence from the Knights) put Ryan Matterson over in the 16th minute.

The Knights failed to take advantage of their attacking chances until veteran hooker Andrew McCullough burrowed over five minutes before the break.

After missing the conversion that left the scores level at 4-4, Kalyn Ponga was taken for an head injury assessment after a heavy hit that left Waqa Blake on report.

Mahoney dived over for an apparent try midway through the half but it was disallowed for an unacceptable play-the-ball. The Eels earned the penalty and took a 6-4 lead.

Parramatta captain Clint Gutherson provided the magic moment. Awarded a penalty on the last play after being taken high by Mitch Pearce, he took a quick tap and with Maika Sivo in support, drew the fullback and sent the winger over.

A Tex Hoy try to force extra time from a Ponga grubber was disallowed for offside.