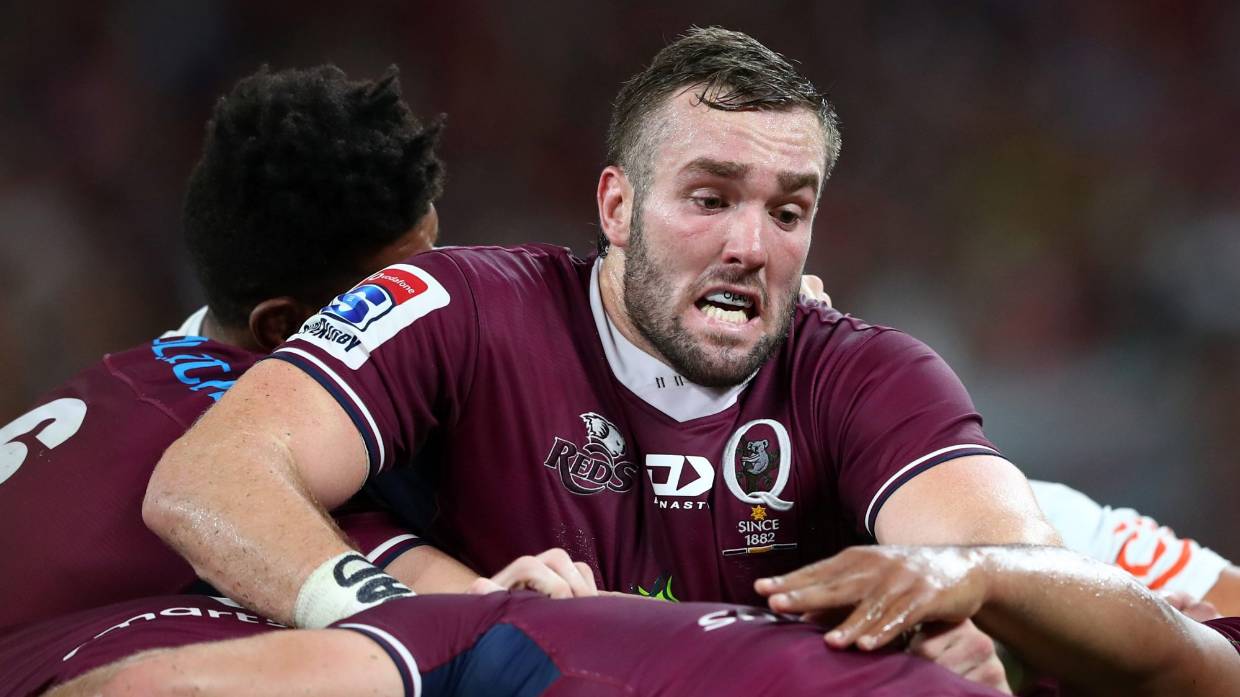 Reds lock Izack Rodda appears to have played his last test for the Wallabies. Picture: STUFF

Izack Rodda, Harry Hockings and Isaac Lucas have officially parted ways with the Queensland Reds and the group is adamant the Super Rugby franchise had no legal grounds to stand them down after they refused a short-term pay cut.

On Monday, the Queensland Rugby Union (QRU) issued a statement saying Rodda, Hockings and Lucas were stood down until further notice for refusing to take a pay cut and not signing the JobKeeper forms like 189 of their peers across the country.

However, it has since emerged Rodda wanted to move to another Super Rugby side, while the other younger players wanted to get out of their Reds deals to explore possible options in Japan.

The latest news means Rodda, who has played 25 tests for the Wallabies, has apparently turned his back on the national set-up.

Anthony Picone, who manages all three players, hit out at the QRU.

“It is disappointing the QRU chose to air the issues publicly,” Picone said. “Given the parlous state of rugby in Australia and Queensland we offered the organisation the opportunity to deal with these matters in private and confidentially. This offer was rejected.

“It would be wise for the Reds and RA to maintain amicable relationships with these players. The future is uncertain, but we should always have as many players in the tent as possible.

“South Africa have jumped the gun on us in this space and they won the World Cup with a unified squad selected from all around the world.

“This is their livelihood. It is only reasonable that talented players want to secure stable employment during these times.”

The media release said the decision made by the players was “informed by the enormous uncertainty surrounding the financial state of rugby”.