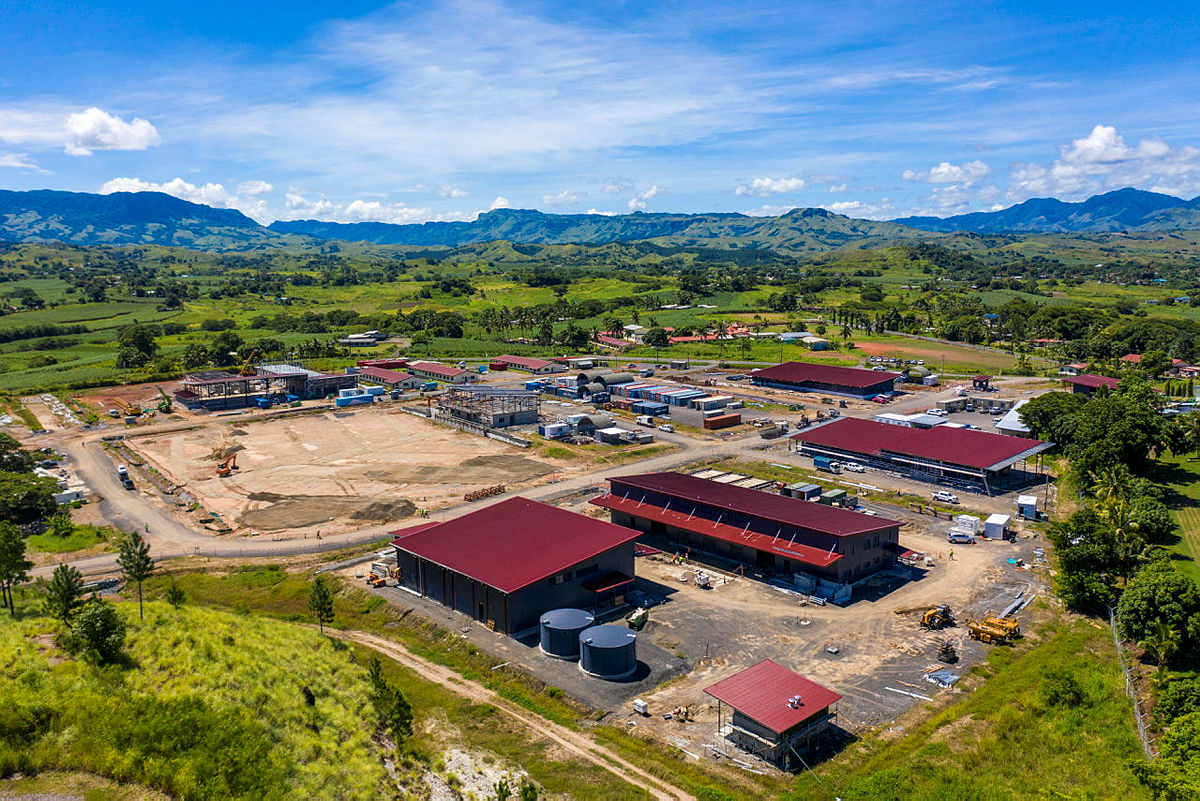 A photo of the Q-Store at the construction site of the Blackrock Camp redevelopment project in Nadi, Fiji. Picture: AUSTRALIAN GOVERNMENT DEPARTMENT OF DEFENCE

Blackrock stands as a testament to the strength of the bilateral relationship between Australia and Fiji.

Australian Prime Minister Scott Morrison said this while participating virtually in the opening ceremony of the redeveloped Blackrock Peacekeeping and Humanitarian Assistance and Disaster Relief Camp in Nadi today.

Mr Morrison and Fijian Prime Minister Voreqe Bainimarama today announced the official opening of Blackrock camp that provides a strong foundation and model for other security infrastructure collaborations in Fiji.

“The collaboration between the women and men of our armed forces and our officials in redeveloping Blackrock camp has demonstrated the character of our broader relationship, and the values of family, mutual respect and mateship that underpin it,” Mr Morrison said.

“This state-of-the-art facility will enhance Fiji’s peacekeeping and humanitarian assistance and disaster relief capacity, and ensure intent is matched with resources to meet the common challenges and security of our shared region,” he said.

“It has become the norm for Fiji and Australia to back each other – and our broader Pacific family – at times of crisis. Blackrock camp will now serve as a training and regional response hub for both disaster response and peacekeeping missions.”

Mr Morrison was represented in person by Minister for International Development and the Pacific Senator Zed Seselja, as well as Vice Chief of the Australian Defence Force Vice Admiral David Johnston, and Secretary for Defence Greg Moriarty.

Mr Bainimarama thanked the Australian government for its commitment to the project, and to deepening the relationship between the Republic of Fiji Military Forces and the Australian Defence Force.

“The Blackrock Training Camp is a testament to the peace-loving spirit of Fijians, and the security and prosperity that Fiji and Australia strive for across the Pacific and throughout the world,” the Fijian PM said.

“This world-class training centre will ensure that Fijian peacekeepers are trained and equipped to uphold Fiji’s 47-year legacy of defending the defenceless in the world’s conflict-ridden regions.

“Blackrock will also serve as the regional launching pad for joint deployments that put Fijian and Australian troops at the front line of the climate war raging throughout the Pacific.

“Our campaign to respond to the super-storms, floods, rising seas, bush fires, and other climate-driven disasters will not be won by guns, ammo, and artillery, but by seawalls, resilient infrastructure, and cutting-edge technology – we look forward to continue building our joint capacity to respond to these new threats together.”