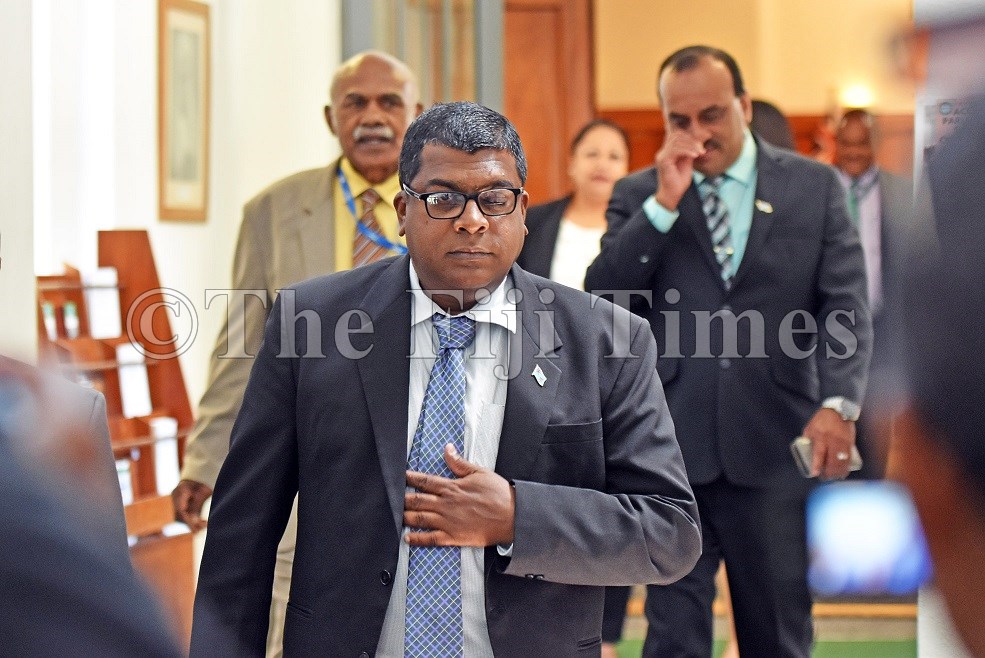 The removal of silt along the Korovatu floodgate outlet and Bucaisau River in Labasa is expected to reduce flooding, landslides and drain blockage for the rice farming community.

While commissioning the desilting project last Friday, Minister for Waterways Dr Mahendra Reddy lauded the willingness of Husseins Hire Plant to undertake the project free of charge, assuring the company it would also be awarded the Nakama River dredging works — a bigger project of the two.

Addressing farmers in the area, Dr Reddy said flooding in the Bucaisau River had been a frequent event for past years, therefore the communities had been affected severely many times during the year.

“Flooding does not only hinder their source of income, but also affects their homes, their way of living, affecting inhabitants along the river mostly farmers.

“On 12th November 2019, we had announced the emergency desilting of creeks program which is a private public partnership (PPP) where private operators can help alleviate localised flooding caused by sediment-laden creeks and in doing so, use the desilt material.

“The desilting works will be carried out from the Korovatu floodgate towards the confluence of Bucaisau River, for an approximate length of 1000 metres,” he said.

“The desilting will comprise – removal of rubbish, excessive silts and sediments, and disposal of any debris.

“Sediment deposition will continue, but do not let our action speed up the process, be cautious where you dispose of your rubbish as rivers and creeks are not part of the dumping grounds.”

Farmers lauded the project, adding it would address seawater inundation in their rice and cane farms.