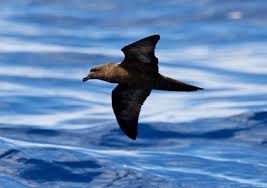 Thirty-five of the 166 birds in Fiji are endemic to Fiji, which includes the Fiji Petrel. Picture: NATURE FIJI

Fiji has 50.1 per cent of its plant species in endemic status.

This means that those plant species are found only in Fiji and nowhere else in the world, says Minister for Environment Dr Mahendra Reddy citing Fiji’s National Biodiversity Strategic Action Plan 2020-2025.

He also told parliament last week that 35 of the 166 birds in Fiji are endemic to Fiji, which includes the Fiji Petrel.

He also highlighted the terrestrial reptile species, 14 out of 32 of which are endemic to Fiji.

“Six known species of bats are only endemic to Fiji. Two known frogs in Fiji, the ground frog and the Fiji tree frog are endemic to Fiji,” Mr Reddy said in his ministerial statement.

“An estimated 13 out of 166 species of freshwater and estuarine fishes are endemic, only found in Fiji.

“Out of 2031 marine species in Fiji, 33 are considered marine endemics.”

Mr Reddy said it was evident that given those endemic plant and animal species, there was a lot to do “if we want to maintain these species and, therefore, balance the ecosystem”.

“The species with high endemism represents habitants in the ecosystem that are particularly for protection, and require management actions to safeguard it from ongoing and emerging crisis.

“We need to protect the ecosystems in the indigenous forest.”

Mr Reddy said the country’s forest comprised 85.3 per cent of natural forest and continue to support the vast majority of the country’s endemic fauna and flora.

He said Fiji had 13 known hotspots within the Vatu-i-Ra and Lomaiviti Passages of particular importance to the migration pathway of the cetaceans.

“The ecological connectivity and integrity of ecosystems that is essential for the survival and wellbeing of migratory birds that need to be conserved and protected.”

He said threats to Fiji’s biodiversity were many and they continued to evolve in terms of complexities associated with this.

“Both must be addressed in tandem if we are to increase resilience and protect biodiversity for future generations.”