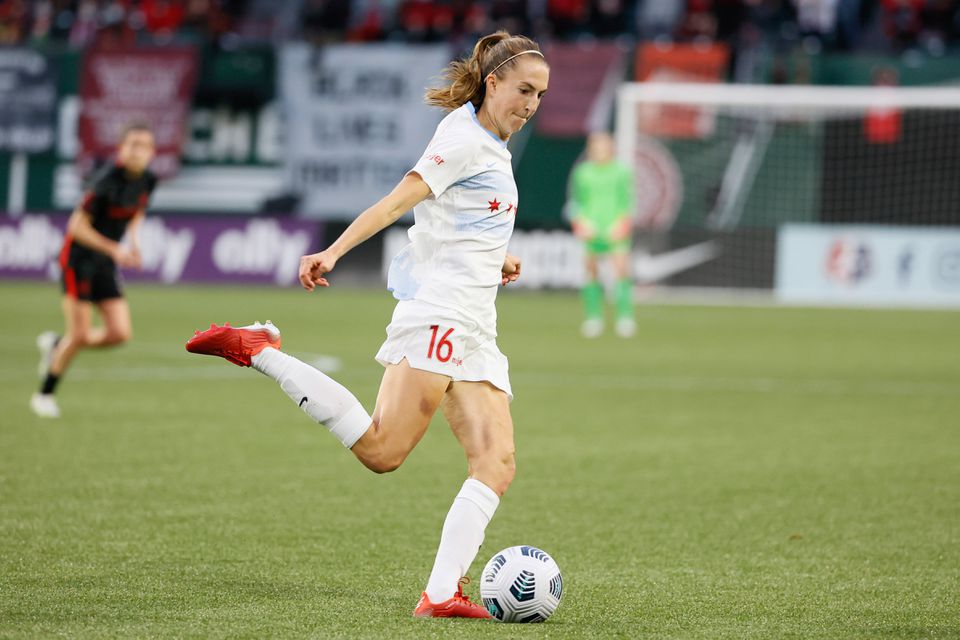 A dominant Washington Spirit take on the scrappy Chicago Red Stars in Louisville, Kentucky, on Saturday, as each vies for its first National Women’s Soccer League (NWSL) crown.

The Red Stars pulled off a 2-0 upset over the Portland Thorns in their semifinal on Sunday, despite seeing star forward Kealia Watt exit the game with an injury in the first half, and will hope to shake off the disappointment of past years on Saturday.

The team fell in the semifinals each year from 2015 through 2018, before the North Carolina Courage subjected them to a 4-0 drubbing in the 2019 championship, and the Houston Dash denied them the Challenge Cup crown 2-0 last year.

“If you were look at the two teams you would probably go, ‘Washington might edge it’… But listen I just would never go against Chicago at this point – I think their resilience this year has been one of the most phenomenal things to have seen, honestly.”

Chicago have their work cut out for them against the Spirit who are riding high into the season finale, unbeaten since September.

The league’s leading goal-scorer, lethal striker and MVP contender this season Ashley Hatch, and Rookie of the Year Trinity Rodman anchor a formidable Spirit offense, while the league’s top goaltender Aubrey Bledsoe was a veritable brick wall this season with 78 saves through 22 matches.

The championship match closes a painful season for the NWSL, which saw sweeping changes after the Athletic outlined the allegations of sexual misconduct against a former coach.

The report sent shockwaves through the NWSL, leading to the departure of former Commissioner Lisa Baird and appointment of Marla Messing as interim CEO. U.S. Soccer and FIFA also announced they would investigate.