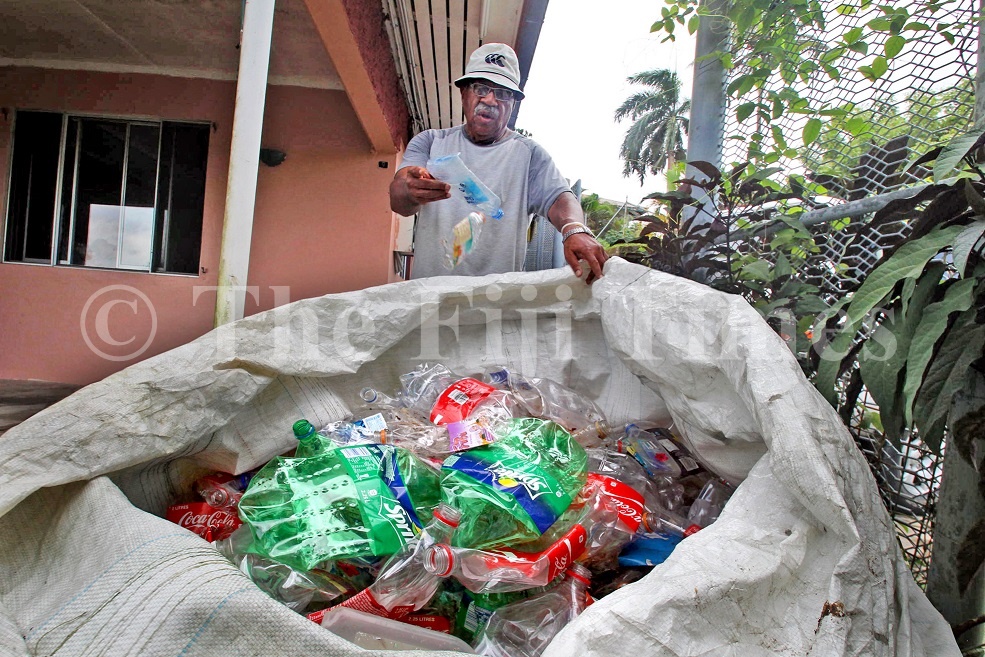 Sitiveni Rabuka filling up a bag with empty plastic bottles at his home in Namadi Heights, Suva, back in 2017. Picture: ELIKI NUKUTABU

Pacific Recycling Foundation founder Amitesh Deo has lauded Prime Minister and Minister for Environment Sitiveni Rabuka for sharing how he chose to collect plastic bottles during one of the most difficult periods in his life.

Mr Deo said the PM’s message “resonates really well with the work carried out by thousands of Fijians around the country who are involved in informal waste picking to generate income for their families”.

He said the PM’s decision to collect recyclables to help keep his head above water sent a strong message to all the Collection Pillars of Recycling, formerly known as informal waste pickers, that there was relevance in their work.

Mr Deo said those involved in collecting recyclables to earn a living were often looked down upon, insulted, viewed as vagrants, faced limitations in regulations to protect their work and sadly, went through difficulties in trying to obtain basic healthcare and other services.

“The honourable Prime Minister’s recent post on Facebook from an article in The Fiji Times detailing his difficult journey, particularly where he mentioned about collecting plastic bottles and that it was difficult but not impossible to live without a pension, gives hope and determination to many Fijians who collect recyclables from public places or dump sites, and also endure difficult and dangerous conditions with little to no protective equipment,” he said.