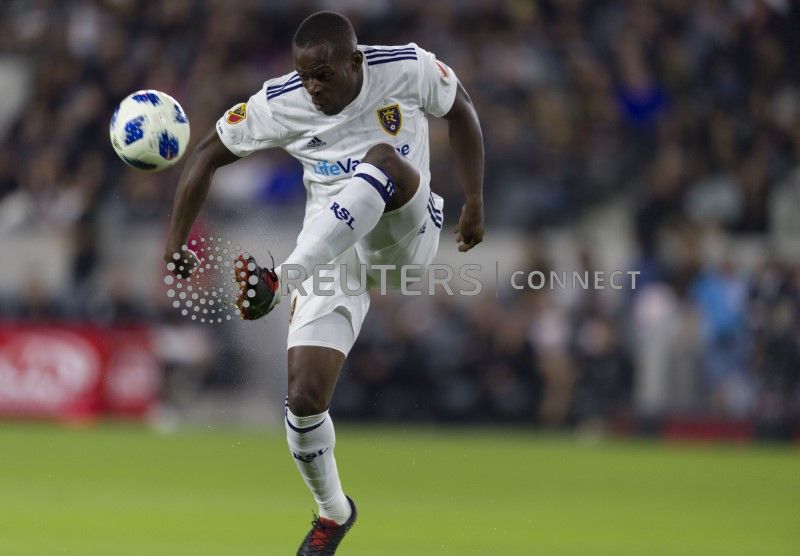 (Reuters) – Former Manchester City defender Nedum Onuoha has said he never feels completely safe in the United States, where he has lived since 2018, and has a “fear and distrust” of police in the country.

Speaking following the death of George Floyd, an unarmed black man who died in police custody in Minneapolis last week, Nigerian-born Onuoha said he was “always wary of how I behave and how it could be viewed by people who have power”.

“I don’t like to say it but I have a fear and distrust towards police,” Onuoha, who plays for Real Salt Lake in Major League Soccer, told the BBC.

“I have loved living in this country but there’s (another) side … I never go out and feel 100% safe.”

Onuoha, who spent six years at Queen’s Park Rangers before joining Utah-based Real, said gun laws in the United States had contributed to his fears.

“In the UK I’m more comfortable because if something happens it probably will not be deadly. But over here because of their rights it’s more common that altercations become deadly,” the 33-year-old added.

“I’m comfortable but when it comes to any kind of brutality, if it’s from the police, if they read me the wrong way then my life could be taken. I feel that every single day.”