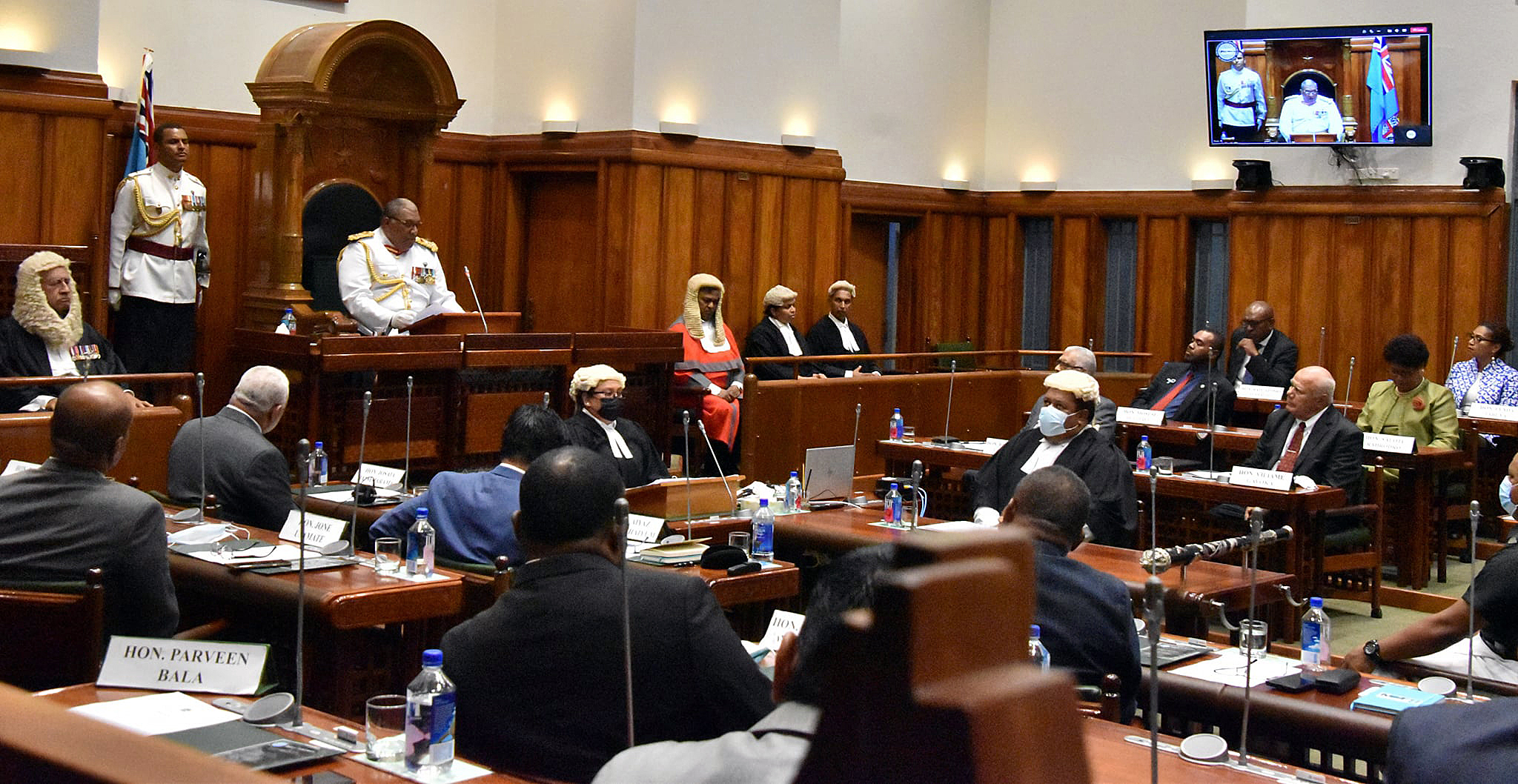 Fiji’s next general election should not become a battle of dividers, of people who pit province against province, religion against religion, or ethnicity against ethnicity, says newly-appointed President Ratu Wiliame Katonivere.

While opening the 2021-2022 session of Parliament yesterday, he said voters deserved better.

“We should not only ignore candidates and party leaders who engage in that sort of politicking, but condemn them, loudly and together,” he said.

Ratu Wiliame said elections were an opportunity to choose who was best to lead, who had sound philosophies and policies that created stability, that built confidence, and ensured equal treatment and equal opportunity was provided for every Fijian, as outlined in the Constitution.

He said every Fijian voter must understand clearly and specifically what vision different parties represented, what ideas and plans they would bring to the table, and how they planned to finance their socioeconomic policies and legislative ambition.

Ratu Wiliame said those who sought office must approach the campaign with compassion, with dignity and understanding, and they must “stay high” by adhering to principles of ethical conduct rather than “go low” by
seeking votes at any cost.

“Merit must matter in our elections, just as it does across our civil service and for the boards that govern our companies.

“I have personally served on a number of boards, including Tropik Wood, Fiji Pine, Fiji Airports, FSC, Fiji Coconut Millers, and Fiji Rice, where I have been privileged to work alongside well-qualified, merit-appointed colleagues.

“I cannot stress how impactful, merit-based leadership can be in steering our industries toward success, better jobs and greater prosperity.

“Without merit-based selection, our companies, our civil service, and even our government would serve the interests of a privileged few rather than serve the Fijian people as prudently managed, sustainably profitable, and service-delivery-centric organisations.”