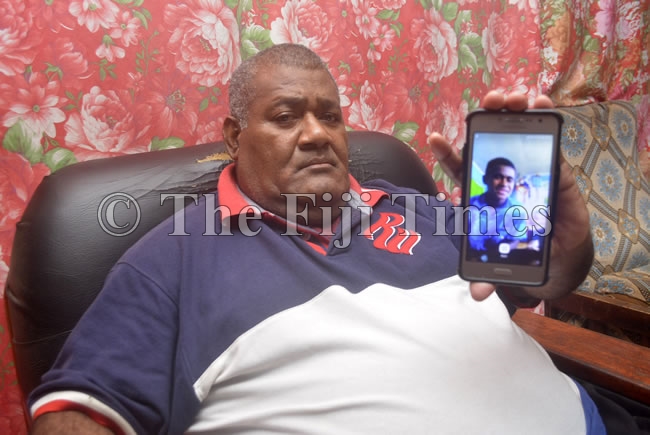 Mosese Namuamua of Nawaka Village died at the Lautoka Hospital after being admitted in the Intensive Care Unit for three weeks.

His father Pastor Kavekini Varo said Mosese was allegedly punched by a student while watching a rugby match at the Nawaka Sevens in March.

“He was watching one of the games with my 10-year-old grandson and out of nowhere, this boy punched him right on the side of his head,” claimed the grieving father.

“My grandson said he fell back and hit a steel rod that was behind them and the blow caused him to black out.”

The father of nine said after the ordeal, his son fell sick and had to be taken to the hospital in Nadi and Lautoka.

“At first he didn’t want to tell me what had happened to him but when his condition started to get worse, he told me that he was punched by another student.

“My grandson saw his (attacker) face and can identify him.”

He said a police report was filed by his son a few days after the incident happened.

However, after three weeks of waiting, the family is disappointed that no action had been taken against the student.

“What I don’t understand is how they haven’t done anything to question the boy who did this?

“My son, while he was still alive, had gone to lodge a police report at the Nadi Police Station. That was before his condition got worse, before he had to have part of his skull removed and before he died.

He said authorities such as the Ministry of Education and the Social Welfare Department had also been alerted.

“I’m still trying to find out why this boy punched Mosese?

“Why would he want to hurt my son to the point where he had to be hospitalised?”

Police spokeswoman Ana Naisoro confirmed a report had been filed by the family.

“The officer in charge has been liaising with the victim’s father on the progress of the investigation and we are only obligated to provide feedback to him and not any other relative who is claiming that we haven’t given any feedback,” she said.

“The investigations are still ongoing.”

Meanwhile, questions sent to the Ministry of Education on Wednesday remained unanswered.

Mosese will be laid to rest in Nadi today.