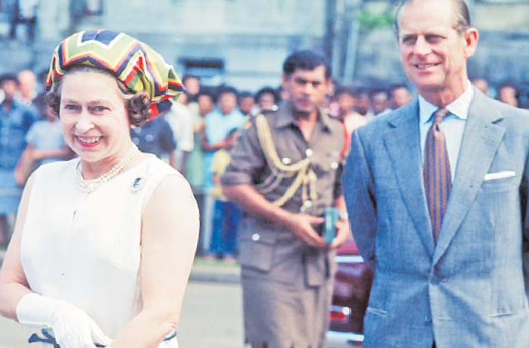 It was a great honour to have served as Equerry for Her Majesty Queen Elizabeth and the late Duke of Edinburgh, Prince Philip.

These were the sentiments of Speaker of Parliament, Ratu Epeli Nailatikau of his interaction with the late Prince Philip, who passed away on Friday at the age of 99.

“I was a major back then in the Royal Fiji Military Forces and my Commander, Colonel Paul Manueli, ordered me to fly to Tonga to await the Queen and Prince Philip’s arrival from Samoa, as part of her Silver Jubilee Pacific Tour in February 1977,” he said.

“I remember feeling very honoured and proud. Also a bit anxious to be given such a momentous task.”

He said his first encounter with Prince Philip was at Queen Salote International Wharf in Nuku’alofa, Tonga, as they arrived for a one-day tour of the Pacific Island kingdom before sailing for Fiji aboard the royal yacht Britannia.

“When we arrived in Fiji, the reception was unbelievable and the experience is one I will never forget as people lined up to get a glimpse of the Queen and Prince Philip.”

“I know a lot of people questioned how I ended up on board the Britannia when Her Majesty the Queen and Prince Philip disembarked the vessel at the King’s Wharf in Suva, but it was the order given to me by my then Commander and I was just following orders.”

The late Prince Philip and Queen Elizabeth’s visit in 1977 included a tour around Suva and Labasa and among events of particular significance was the Queen’s unveiling of the statue of Ratu Sir Lala Sukuna in Suva.

Buckingham Palace announced in a statement that Prince Philip, the longest-serving royal consort in British history, passed away on Friday, April 9th, 2021.

Prince Philip is survived by the Queen and their children Charles, Princess Anne, Prince Andrew and Prince Edward. He had eight grandchildren and 10 great-grandchildren.