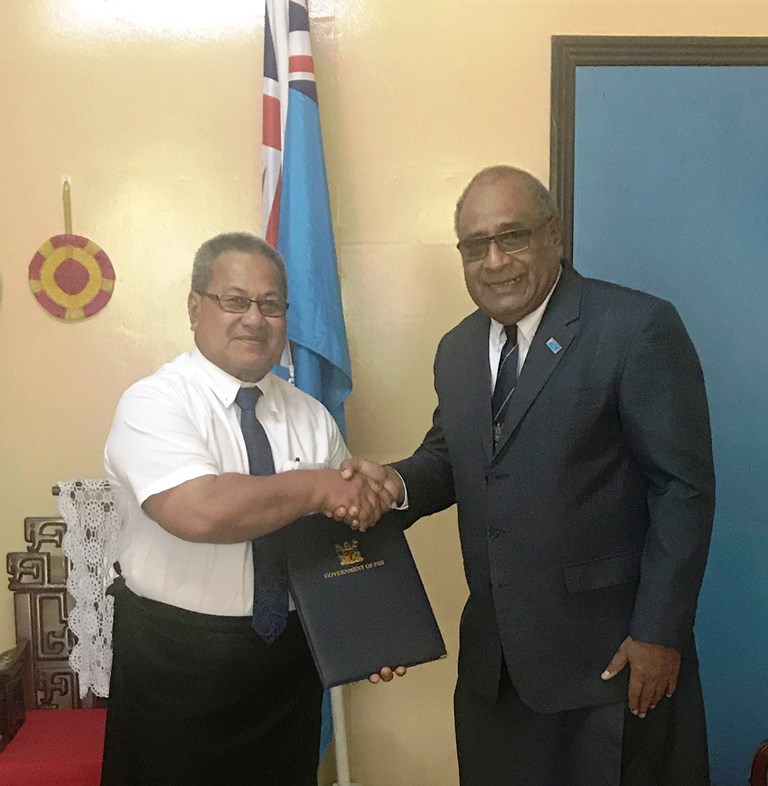 RATU Seremaia Tuinausori Cavuilati, Fiji’s Roving Ambassador and High Commissioner to the Pacific Islands and Special Envoy to the Council of Regional Organisations in the Pacific (CROP) Agencies, presented his Credentials to the Governor General of Tuvalu, Sir Iakoba Taeia Italeli, at the State House in Funafuti, Tuvalu last week.

According to a Government statement Ratu Cavuilati conveyed the well wishes of President Jioji Konrote to Sir Italeli for the prosperity and well-being of the people of Tuvalu.

Sir Italeli also thanked and commended Fiji for its continued commitment in the development of neighbouring countries in the Pacific Island region.

He said that the strengthened collaboration between Fiji and Tuvalu has resulted in positive initiatives particularly in the coordinating of the Fiji Volunteer Scheme.

The two countries have expressed appreciation for the diplomatic cooperation to broaden socioeconomic development opportunities.

Ratu Cavuilati said the strengthened coordination signifies Fiji’s commitment to consolidate the meaningful friendly relations that Tuvalu and Fiji have enjoyed during the past 40 plus years of amicable relations and to enhance aspects of such bilateral engagement to deeper and more tangible outcomes.