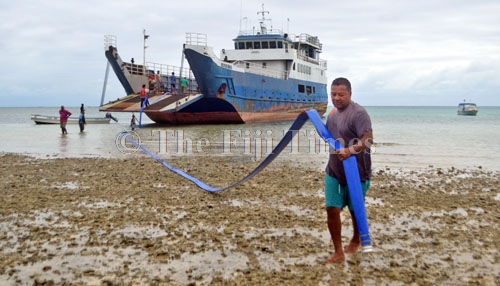 WATER rationing will be the last resort should the prolonged dry spell worsen.

Water Authority of Fiji (WAF) board chairman Bhavesh Kumar said a similar rationing process had occurred during the prolonged dry spell in 2015.

“This is the last resort and that’s the reason we have started advising people from last month. The dams are OK, Vaturu hasn’t gone critical. It’s still normal, every day the use is 95 million litres so the level is dropping and there’s no rain to replace the water.”

He said they did not want to reach a stage where levels were critical and then announce water rationing at short notice.

According to WAF general manager customer services Sekove Uluinayau, water rationing was previously carried out in parts of Nadi.

“Maybe later when it’s declared a disaster by the National Disaster Management Office (NDMO), then water restriction will kick in,” he said.

“Right now we are advising all stakeholders to play your part and support each other in order to conserve water and look at areas where we can minimise on water usage within your organisation.”

WAF board director Kamal Gounder said they had begun putting in tanks for rural communities most affected by the prolonged dry spell.

He said about 40 water carting trucks were servicing affected areas.