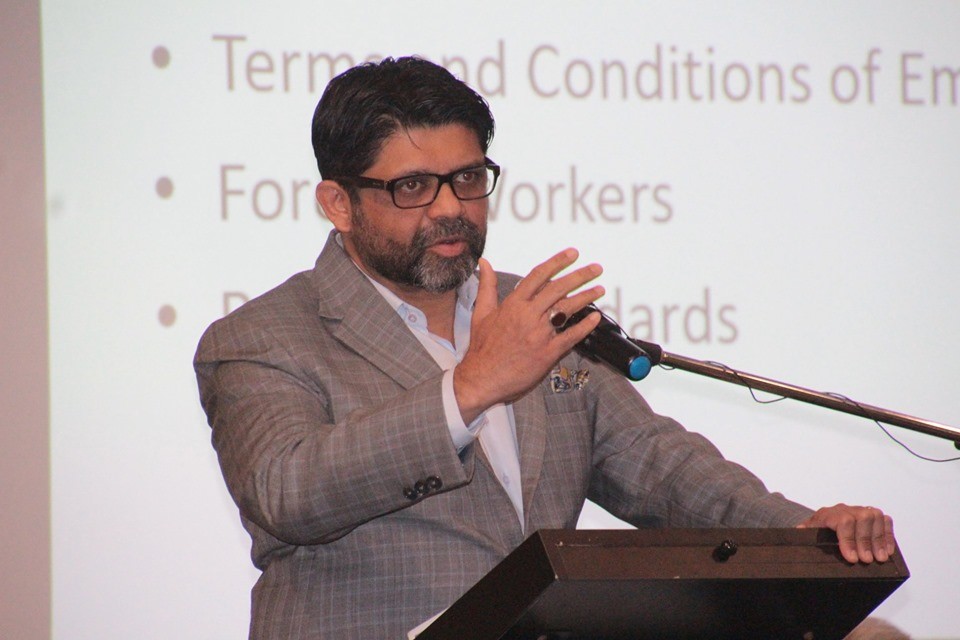 THE rate of home ownership and rate of insurance overall is low with only 10 per cent of the properties in the country being insured.

This was highlighted by the Attorney-General and Minister for Economy, Public Enterprises, Civil Service and Communications, Aiyaz Sayed-Khayium.

While giving his keynote address at the 2019 Construction Industry Council (CIC) conference at the Grand Pacific Hotel in Suva yesterday, he mentioned Government had been keen to get a lot of construction, in particular with public rental housing space in strengthening the building of the stockpile of homes.

“A few years ago, we had commissioned a study by the World Bank where an assessment in respect of the quality of construction in terms of the cost,” he said.

“Take for example, the public rental housing flats — it was revealed that a one-bedroom flat would cost about $80,000 in respect of having all the amenities fitted in.”

This was revealed by the minister to be a very high price compared with countries such as Indonesia and Malaysia. He said this was an issue because the construction sector in Fiji had not adopted new technologies.

However, the construction sector of Fiji has seen a rapid growth given that it is an area overlooked as a major contributor to the economy.

“The sector registered a positive growth since 2013, an account of up to 29 per cent of the country’s GDP,” Mr Sayed-Khaiyum said.

The growth between construction industries, employment creation in terms of training as well as skill sets were said to be linked.

He also revealed the employment rates in the construction sector had increased drastically in a matter of a few years.

“Interestingly enough, of course, if you look at the comparison between employment rates numbers, in 2011 for example, there were somewhat like 6000 people employed in the construction sector.

With a number of foreign workers coming into the country, there has also been a departure of tradespeople out of the country to places such as Australia and New Zealand.

Mr Sayed-Khaiyum said, therefore, there was a need for people with the right set of skills and management knowledge to be in Fiji, especially in the construction sector.