Rasaku aims to secure a spot to Wellington 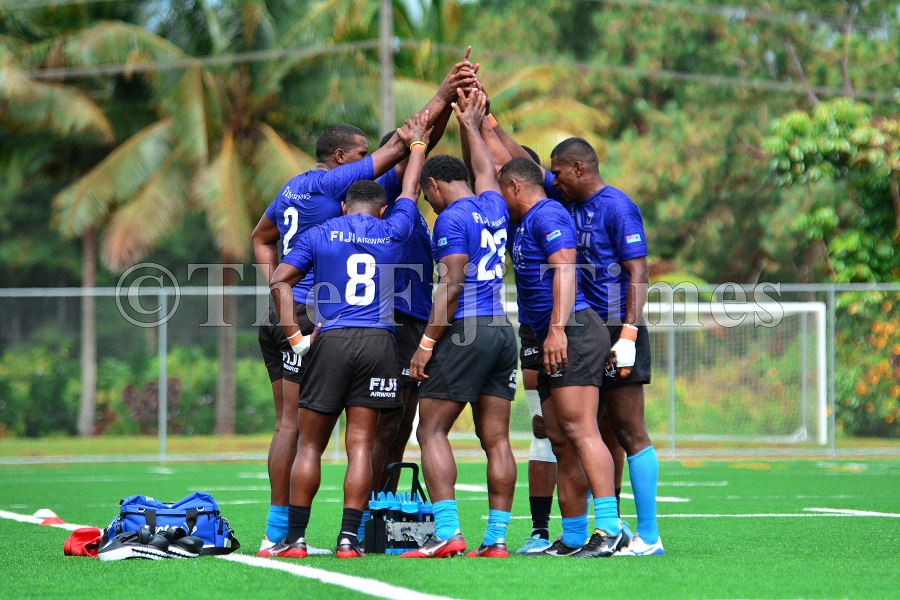 Fiji 7s players bind together for a short prayer before their training session at the Uprising Beach Resort grounds in Pacific Harbour yesterday. Picture: JOVESA NAISUA

KAMINIELI Rasaku is the only new face training amongst Gareth Baber’s reduced line-up gearing up towards the Hamilton rugby 7s tournament in New Zealand.

Baber’s line-up that are training at the Uprising Sports Centre won’t be released for the McDonalds Coral Coast 7s however the rest of his extended players will feature for the Fiji Development team including some players who participated in the Dubai and Cape town 7s last month.

Meanwhile Fiji is pooled with Samoa, Argentina and Australia.

Fiji will play their first pool games against Samoa at 12.47pm on Saturday, January 25, then they take on Australia at 6.35pm and the last pool match will be against Argentina at 11.57am on Sunday, January 26 and the semifinals and final will be held at 7.56pm the same evening.