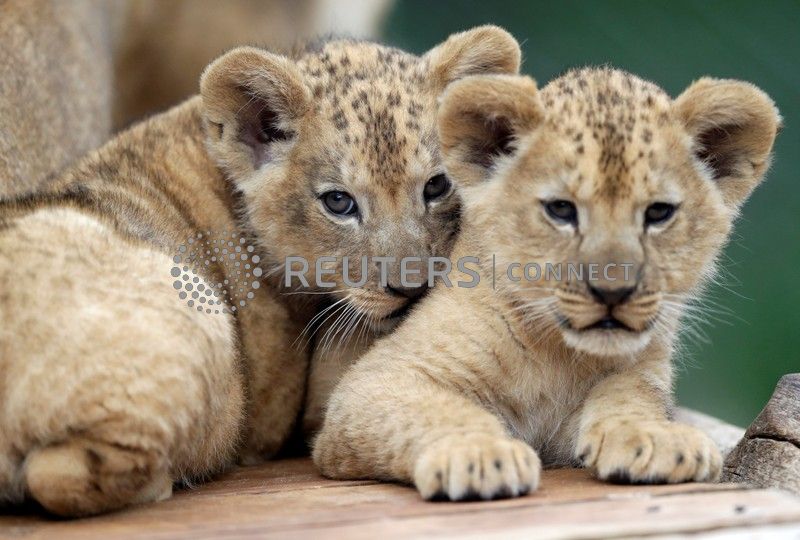 DVUR KRALOVE NAD LABEM, Czech Republic (Reuters) – Roaring, pouncing and chasing each other, two Barbary lion cubs have made their public debut at a Czech Zoo, adding to a lion subspecies that has long been extinct in the wild and can only be found in captivity.

The male and female cubs were born on May 10 at Dvur Kralove Safari Park and Zoo in the Czech Republic. Yet to be named, they join the park’s existing Barbary lion pride that includes mum Khalila, dad Bart and his brother Napoleon.

With long-haired manes, Barbary lions once inhabited the Atlas Mountains in northern Africa but have been considered extinct in the wild for decades.

The last known Barbary Lion was shot in 1942 in Morocco, according to Belfast Zoo, which has its own pride of the animals, and says there are less than 90 Barbary lions living in zoos around the world.

On Monday, the two cubs honed their big cat skills whilst exploring their outdoor enclosure under Khalifa’s watchful gaze.

“The cubs are just two months old which means they are still dependent on their mother’s milk but they are just starting to react to meat and from now on, we are adding a bit of meat (to their diet),” the zoo’s spokeswoman Andrea Jirousova said.