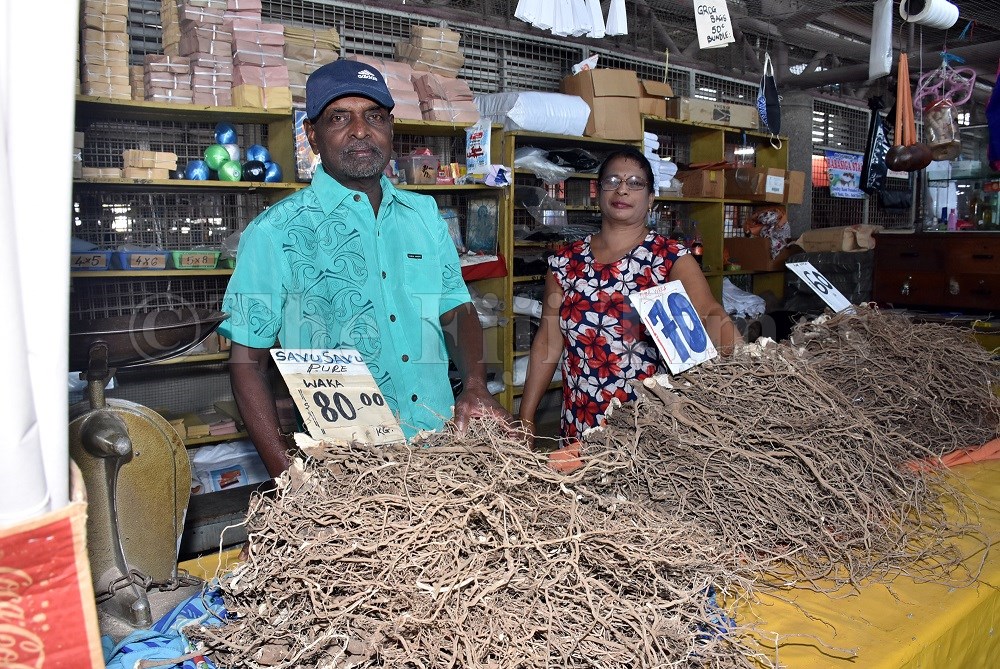 Tota Ram had always harboured the urge to launch his own business one day after retiring from the private sector.

Mr Ram believed there was tremendous value in being engrossed in the small and medium business after witnessing his fellow friends and relatives experience positive results.

Formerly of Nasorowaqa in Bua, he ventured into selling kava from the Lautoka Municipal Market.

“I prefer to sell quality yaqona now. I believe making key decisions and sacrifices has assisted me as a businessman to enjoy success and ultimately grow my business at the same time,” he said.

“I always had an entrepreneurial mind and I have never felt lonely at my stall because of the camaraderie within my fellow stall owners at the market.

“It has been a wonderful journey thus far and I have no regrets. I have been selling quality Savusavu and Taveuni waka for four years now.”

The 62-year-old was engaged in rice farming with his late father.

“My late father Ram Paras had 11 acres of land and he used to harvest about 18 tonnes of rice in a year. He was a well-known personality in Bua and was fondly referred to as Pullu. He was selling rice to earn an income.

“My mother’s name is Lak Raji. We were raised in a big family consisting of eight boys and six sisters and resided at one place. My dad had built four bure houses.

“He had later constructed a four-bedroom house for the family. He also planted vegetables. We hardly ventured to the shops or towns to purchase groceries because we had almost everything. We never slept on an empty stomach ever. Life was so much fun in Bua.”

Being the eldest in the family, Mr Ram decided to forego his education after his late dad got ill.

“My dad used bullocks and horses to work on the land. We didn’t own any machinery for farming purposes. Unfortunately, he got sick and I had to sacrifice my secondary school education at Labasa College while in Form Six so that I could fill in the gap and provide for the family.

“I had to make the hard decision for my other siblings to attain a quality education. One of my brothers is residing in US at the moment and another is currently a teacher in Vanuatu.”

The land lease issues in the country were a contributing factor in Mr Ram’s decision to relocate.

“The land belonged to part-Europeans and after the death of my dad at 89, they didn’t renew the land lease in 2000. My late grandfather, who was an indentured labourer, had bought the piece of land. I was married at the time and had four kids. My wife is from Labasa. One of my good friends from Lautoka offered an advice to buy a piece of land in Saru Back Road, Lautoka so I relocated to the Sugar City in 2000.”

Mr Ram constructed a four-bedroom house at his new location and was fortunate to secure employment at Subrail’s Furniture Centre as a carpenter.

“I bought the land for $1500. My kids were in school. After Subrails I went on to work at Denarau during the construction of Hilton Resort and Raddison Hotel and also at Intercontinental Resort and Spa at Natadola. I ventured into my small construction company after the completion of the project in Natadola. I am a grandfather now.”

Mr Ram has been operating his market stall for the past four years.

“I buy my stock from Savusavu and Taveuni. Frankly speaking, my business was doing great before the COVID-19 pandemic. Now, that things are starting to normalise, I noticed a decline in everyday sales because there are so many yaqona sellers in the market. People don’t look at the quality of their purchases, but seem to be focussed on quantity.”

He said it was an amazing feeling to be the master of his own destiny.

“I can confidently say that I am a content person. Although I wasn’t in an ideal financial situation prior to starting my own yaqona selling business, I believe my disciplined upbringing has provided the ideal platform for me and my family to enjoy a successful life.

“I have always been an optimist because I have my heart set on being a focused and goal-oriented person. Always be honest because God is watching!