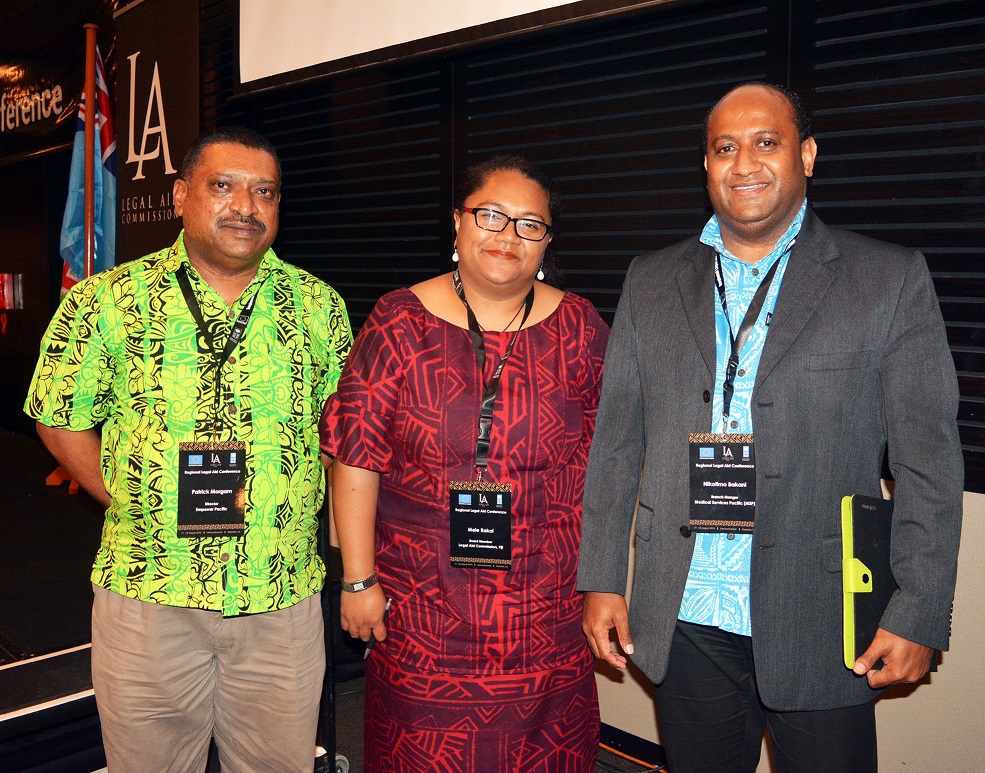 “We still do not see a lot of women in CEOs and management positions,” she said while speaking on the second day of the Pacific Regional Legal Aid Commission Conference in Sigatoka yesterday.

“In terms of the judiciary, we have written to the acting chief justice (Justice Kamal Kumar) expressing our interest in discussing with him why there is a need to have more women as judicial officers.

“For magistrates, I am happy to report there are a lot more women in the family court but a lot more could be done.”

According to Ms Rakai, a 2017 national report by the Fiji Women’s Crisis Centre revealed female representation in the judicial system was not enough.

She said in the Supreme Court, they had one female judge compared with seven male judges.

“We see slight improvements in the Magistrates Court where we have 30 to 40 per cent and 60 to 70 per cent are male magistrates.

“In the Family Court, I am glad to say there are more female judges and it has been like this for some time.

“In the DPP, we see 42 per cent being represented by males and in the Legal Aid Commission, there are a lot more females working for the commission.

“For the private Bar which is represented by the Fiji Law Society, we have a president who is a woman and that is Laurel Vaurasi who is always pushing for more women to be appointed as judges.”