Raiwaqa bus stopped at Sawani because of overloading 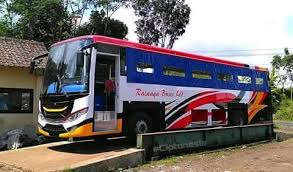 Picture: One of the Raiwaqa buses. Picture: RAIWAQA BUSES

A BUS belonging to Raiwaqa Buses Limited was stopped en route on its last service this evening to Viria Village, Naitasiri, from Nausori Town.

Driver Ronil Chand said they were stopped because of the overloading of passengers.

The frustrated bus driver said he had faced the same issues in the past.

“I had called Police officers at the Nausori Bus stand to take the extra passengers off but they (passengers) come back on when the officers leave. This is not on and I will not give my license for booking,” Mr Chand said.

When Fiji Times Online contacted Mr Chand, he had parked the bus at Sawani after contacting his director and manager.

Passenger school teacher Rachael Prasad said travelling home in the afternoons had become a major problem for the people of Viria.

“We have to wait hours sometimes. Everyone looks forward to getting home early but this holds us up many times. We can’t afford $30-$40 everyday and travel in taxis,” Ms Prasad said.

Raiwaqa Buses Limited manager Praneel Chand confirmed the incident to FTO and said there was not much the company could do.

“We used to provide services with two buses but LTA stopped us and now we are using only one bus. We have been operating on that route for nearly four years now,” said Mr Praneel said.

“There is a lot of picking and dropping on the way and the driver cannot do much about it,” he added.

Mr Pranell said they paid a levy for standing to the LTA, which allowed passengers to stand from behind the second seat.

However, he said passengers would stand right up to the steps of the bus despite the driver asking them not to.

Attempts to obtain comments from Police and the LTA tonight proved futile.