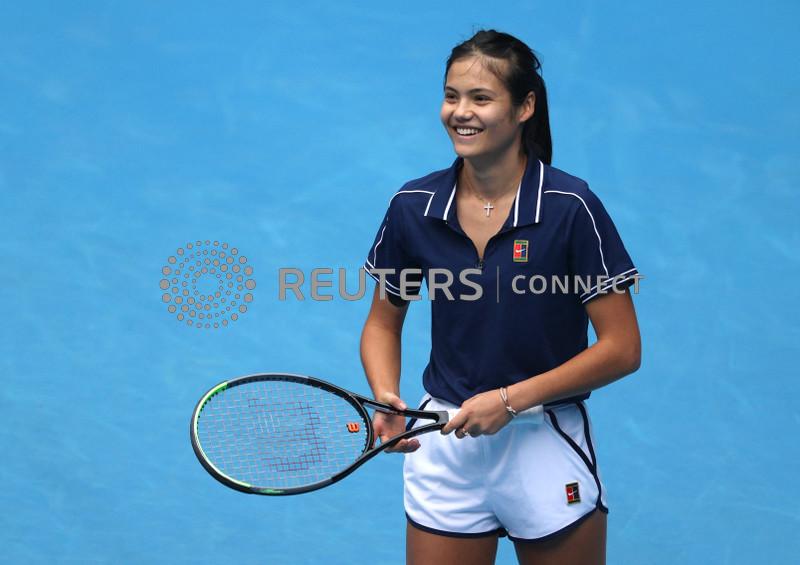 MELBOURNE, Jan 18 (Reuters) – Britain’s Emma Raducanu claimed a Grand Slam trophy even before she played a major champion but the 19-year-old could face a daunting task on her Australian Open debut when she meets former U.S. Open winner Sloane Stephens on Tuesday.

Raducanu became the first qualifier to win a Grand Slam in the Open era when she defeated Leylah Fernandez in New York last September but the teenager has struggled to replicate the same form since, with early losses at Indian Wells and Linz.

She also contracted COVID-19 late last year and pulled out of the Australian Open warm-up tournament in Melbourne, before an early defeat by Elena Rybakina in Sydney but Raducanu said she was not bogged down by disappointing results. read more