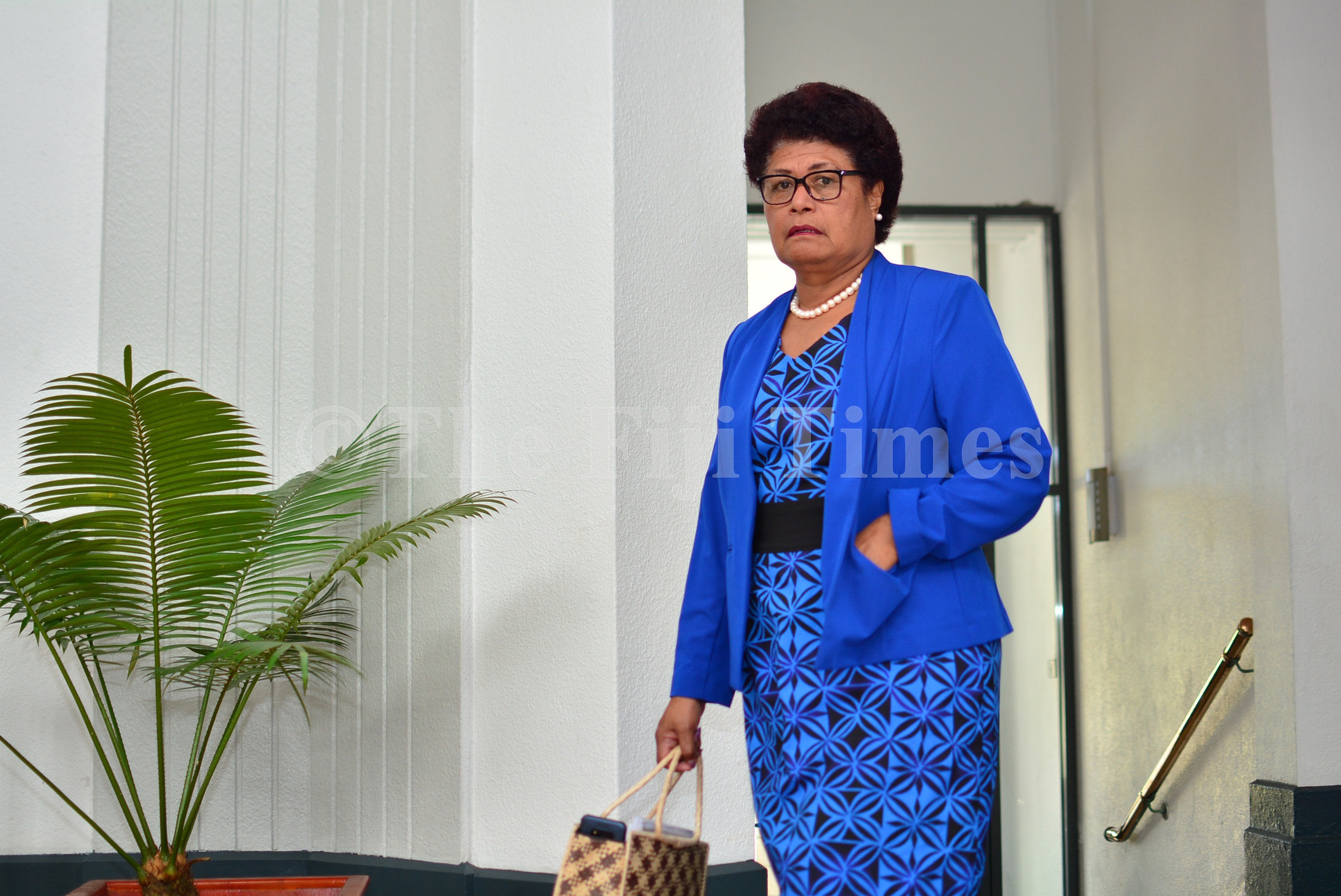 Opposition MP Salote Radrodro making her way to parliament after a break in the parliamentary sitting this week. Picture: JOVESA NAISUA

“I know I have brought these cases up in this House on few occasions, but still, even though we have heard from the Honourable Minister for Education, why have these people been left behind? Is there no money? How was that tender awarded to the construction company? Those are the questions people are asking,” Mrs Radrodro said.

Speaking in response to President Jioji Konrote’s Parliament opening speech, Mrs Radrodro claimed the Fiji First Government only talked big about climate change overseas, but at home they were engaged with unbalanced development and not taking care of the environment.

“For example, the destruction of mangroves in Nawi, Savusavu and Malolo, over extraction of gravel and sand, bauxite mining in Nawailevu, all those are ruining our environment and natural resources, and also public health is endangered.”