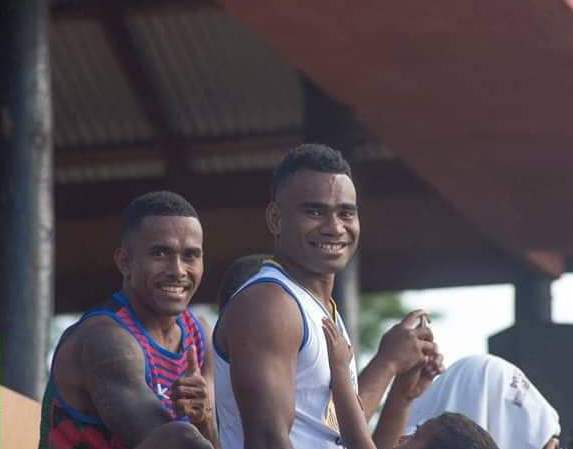 Terio Tamani and Jerry Tuwai in Taveuni at the Radradra 7s. Picture: SUPPLIED

The Olympic gold medalist arrived at the Garden Island yesterday with his wife who will also be participating in the netball competition which begins today.

Tuwai is really excited to participate in the tournament especially contributing to the development of grassroots level in Taveuni.

“I thought the tournament begins tomorrow (today) that’s why we preferred to arrive today (yesterday), but two days left and I’m ready to participate and be part of Radradra’s mission in developing grassroots rugby in Taveuni,” said Tuwai.

Meanwhile the under 20 rugby sevens team eliminations and semifinals will be held today.